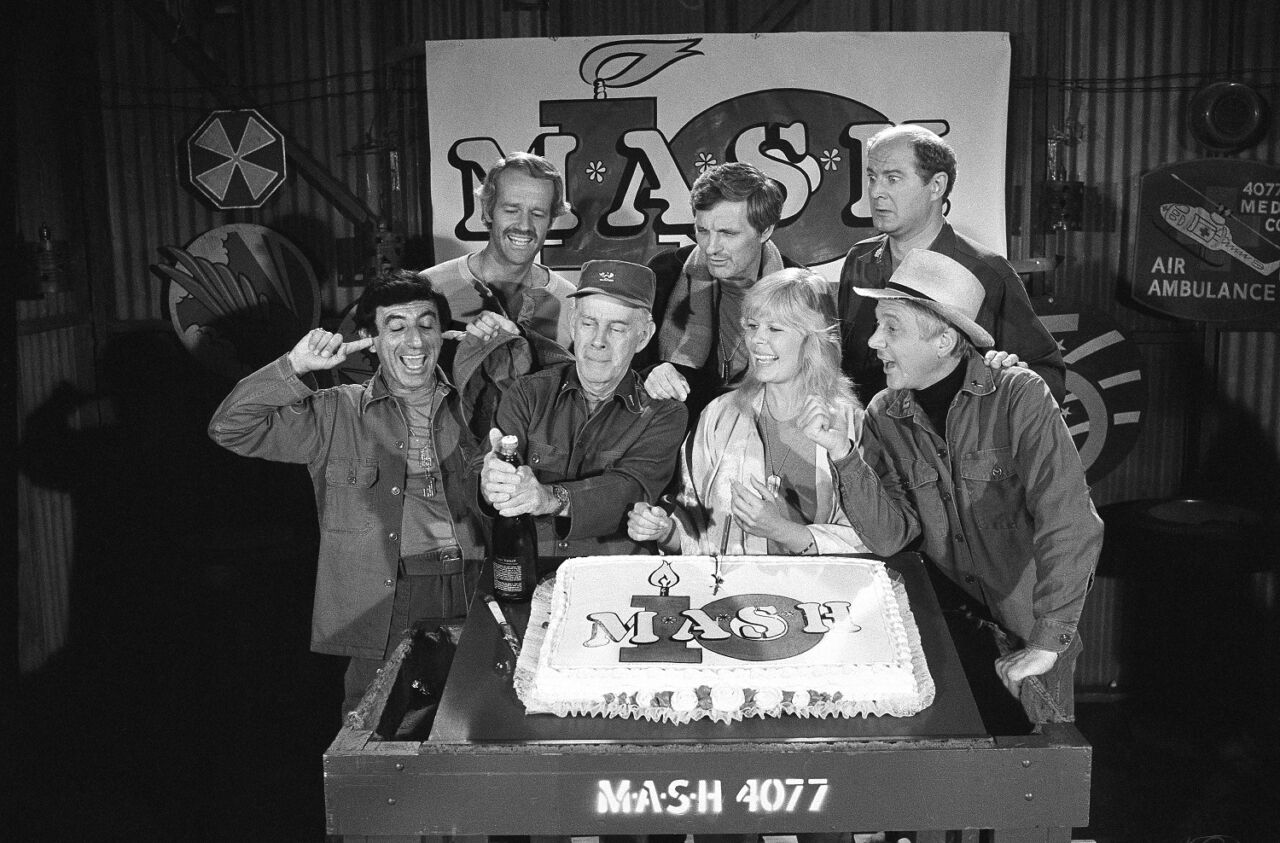 FILE - In this Oct. 22, 1981, file photo, Jamie Farr, from front left, plugs his ears as cast members of the "M.A.S.H." television series cast Harry Morgan, Loretta Swit, William Christopher and, from back from left, Mike Farrell, Alan Alda and David Ogden Stiers celebrate during a party on the set of the popular CBS program in Los Angeles. (AP Photo/Huynh, File)

This weekend marks 50 years since a popular TV series made its debut — a show about Army doctors serving in Korea.

The anniversary of “MASH” is being celebrated in California on Saturday, and a La Crosse resident, who’s a big fan of the show, will be attending.

Megan Larson has a ticket to the MASH VIP breakfast at Malibu Creek State Park, where outdoor scenes for the show were filmed.

“I think it’s like $75 a person,” she says, “but the proceeds go toward maintaining Malibu Creek State Park, helping volunteers make sure that the history of MASH is still there, the signpost is there, tents I think are still up.”

Larson became hooked on MASH at a young age, watching late-night reruns of the show with her father.

“We used to watch it together, and I grew up watching it and it became kind of a comfort show for me,” Larson said.

She has since become friends with a co-host of a podcast about the series, which lasted 11 years.

The special VIP breakfast is being hosted by Jeff Maxwell, who played mess hall cook Igor on MASH.

“Half of my arm, I have a full arm sleeve full of tattoos, and the bottom half is all dedicated to MASH, ” Larson said. “And I actually have (Alda’s) signature on my right arm.”

Larson plans to attend the celebration wearing a Hawaiian shirt, like those worn by Hawkeye and others at the 4077th MASH hospital.