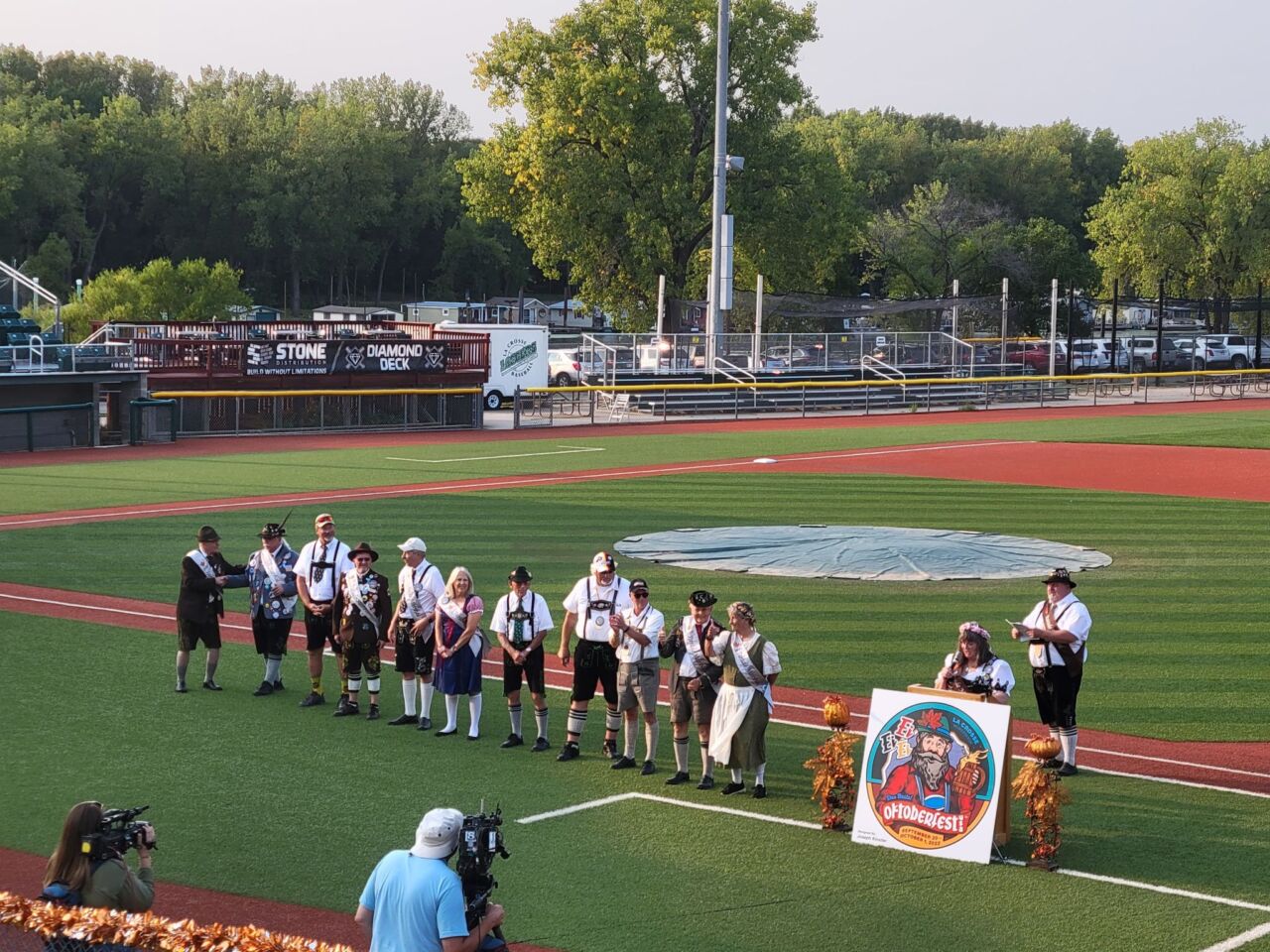 At an Oktoberfest celebration at Logger Field on Wednesday, Sept. 15, 2022, Dave Guepfer was announced as the Maple Leaf Parade marshal, along with Mike Jorgensen as marshal of the Torchlight Parade.

Oktoberfest is now just two weeks away, and members of the fest royalty are starting to be introduced.

At a Logger Field celebration on Wednesday, Dave Guepfer was announced as the Maple Leaf Parade marshal, along with Mike Jorgensen as marshal of the Torchlight Parade.

The Torchlight, held on the north side of La Crosse, happens first, on Sept. 29. Jorgensen is a retired La Crosse firefighter, who grew up on the south side.

Jorgensen said he went to Central High School, “but when (his wife) Pennie and I got married, she lived on the north side, and that’s where we lived for several years, and then built a house on French Island, which is still north-sider to us.”

Jorgensen learned about the honor in April, when he was visited by two former co-workers, who have been parade marshals themselves.

Guepfer retired this year, after 22 years as the La Crosse Center food and beverage manager. He’s been a fest volunteer longer than that, and says he likes everything about Oktoberfest.

“From the pageantry of the Festmaster’s Ball, to the parades, to the tapping of the Golden Keg,” he said. “I’m excited about getting to go to the school visits and the nursing homes. I’ve always wanted to do that part of Fest.”

Guepfer and his wife Donna have kept the secret about the parade marshal honor since May. The Maple Leaf Parade happens Oct. 1.