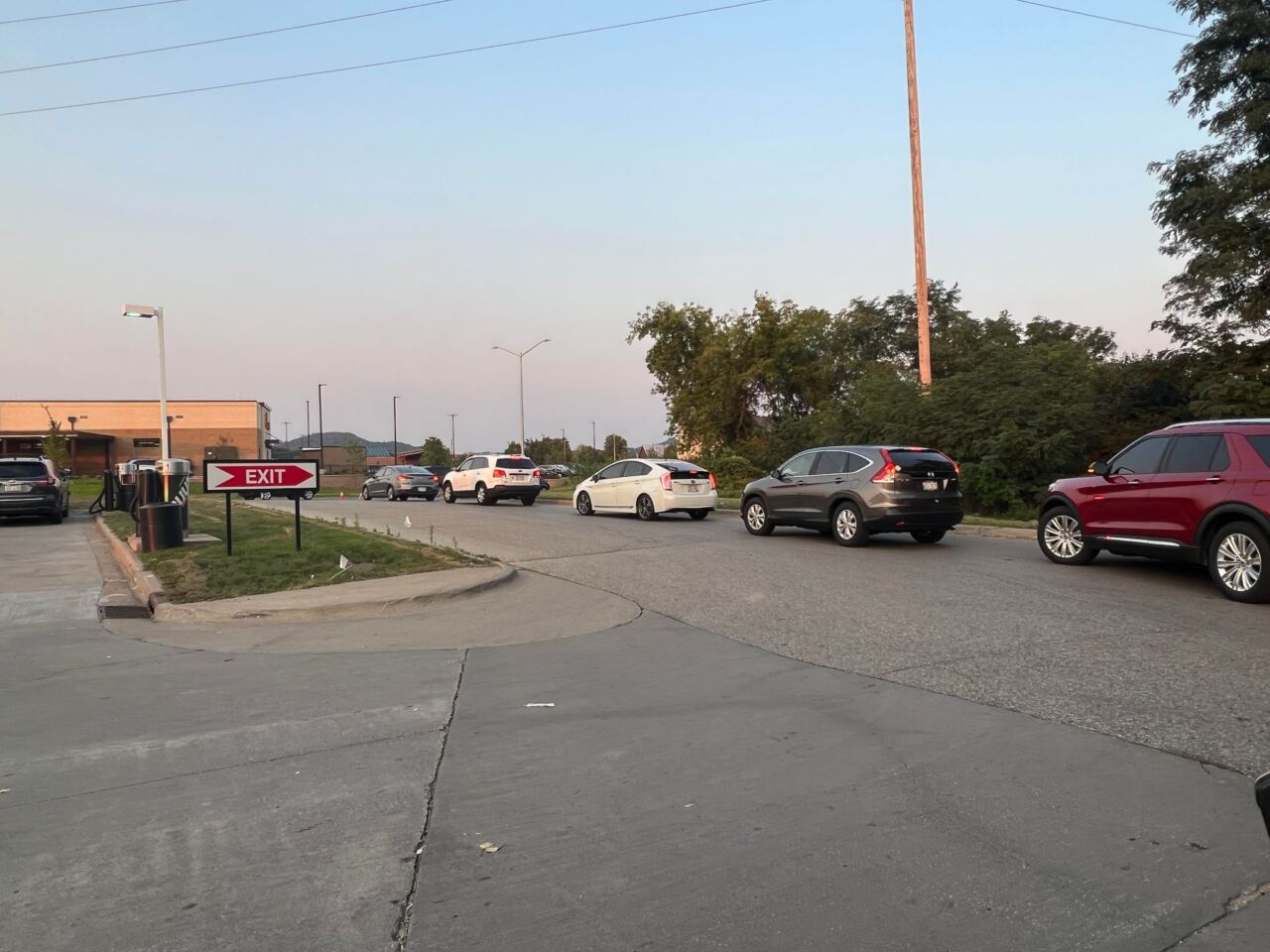 Traffic is backed up trying to turn left out of the Kwik Trip onto S. Kinney Coulee Road on Friday, Sept. 9, 2022. (PHOTO: Rick Solem)

Part of the conversation, of course, hovered around traffic in the area of the new Chick-Fil-A and jokes about just making that area one giant roundabout.

Smith also talked about the city’s need to pinch pennies, as Onalaska works on its municipal budget with state levy limits but rising inflation.

The mayor also had a brief update on the sale of the old Shopko on Highway 16, as well as some of the things the fire department is doing — with mutual aid, as well as a program with high schoolers.