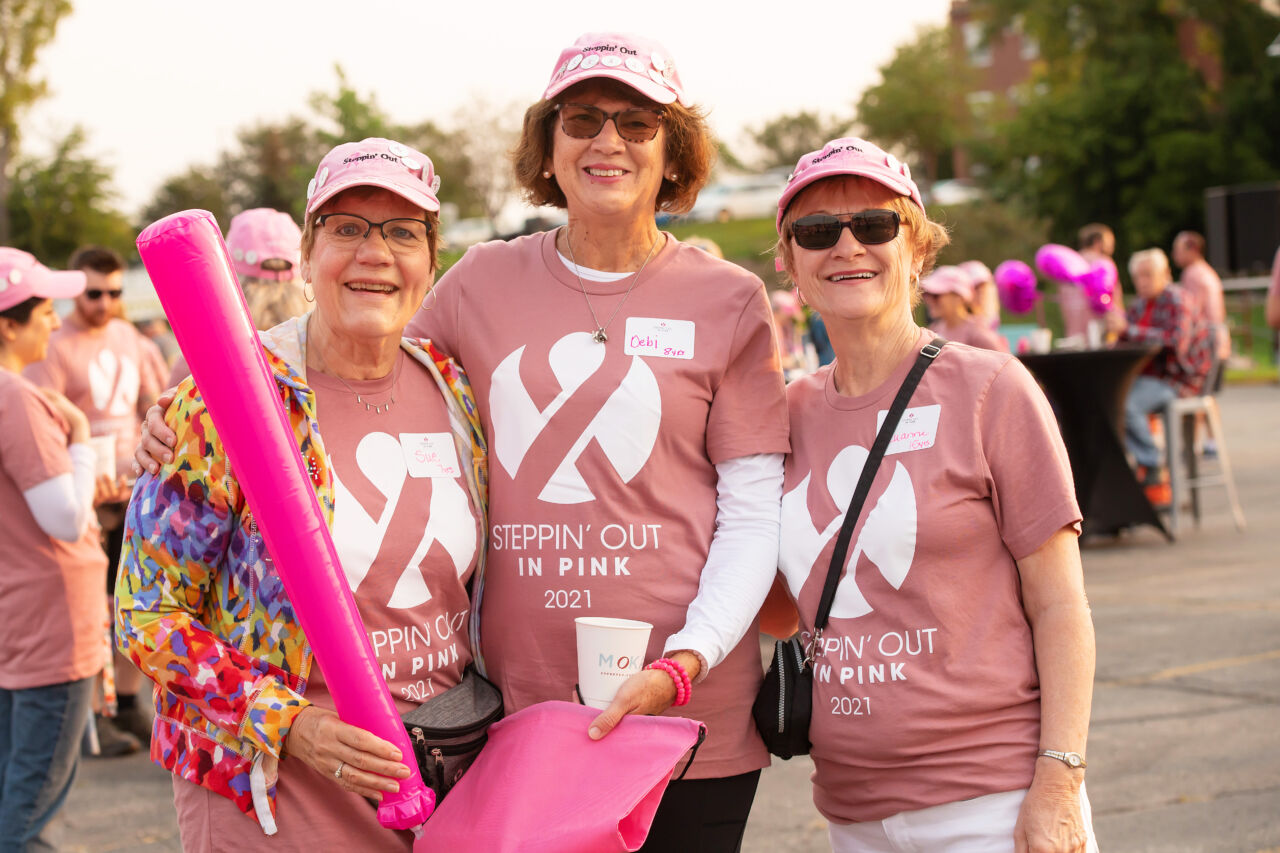 She’s a two-time breast cancer survivor and, in a way, she can thank Steppin’ Out in Pink for her life.

Betty Kabara recently moved to La Crosse, to be closer to the hospital that helped her battle cancer and she’s excited for Saturday’s 17th annual Steppin’ walk, which now begins in Riverside Park.

“I can’t wait to meet everyone and see all of my fellow breast cancer survivors,” Kabara told Ken Cooper on the Around River City podcast. “I start out with 4,000 new friends here in La Crosse.”

This year, a portion of money raised at the event will go to the Kabara Cancer Research Institute Endowment Fund, which will provide future funds for cancer research.

Kabara, who created the fund, recently moved to La Crosse to be closer to the Gundersen Health System — the hospital that saved her life.

Originally from Illinois, Kabara chose to be treated at Gundersen because of the first-class doctors there.

“I had a lot of confidence in these doctors,” Kabara said. “They told me they were going to pull me out of it, and I believed that they would, and they did.”

Gundersen spends around $300,000 annually on breast cancer research. It also uses the money raised to provide patients with the highest quality equipment, such as infusion chairs.

It also staffs a full-time Ph.D career researcher, who specializes in the science and study of breast cancer.

All of this is made possible by the money raised at their annual Steppin’ Out in Pink event, but the focus isn’t all about money. It is also a chance for survivors to come together and show their strength and solidarity.

Kabara was named this year’s Steppin’ Out Advocate.

The festivities kick off at 7:30 a.m. at Riverside Park with a fundraising walk through the marsh trails. Afterward there will be live music, dance performances, and over 60 area vendors selling an assortment of items, with a portion of sales being donated to the cause.

Over the years, survivors, their families and community members alike, have raised over $6.1 million for local breast cancer research at Gundersen.