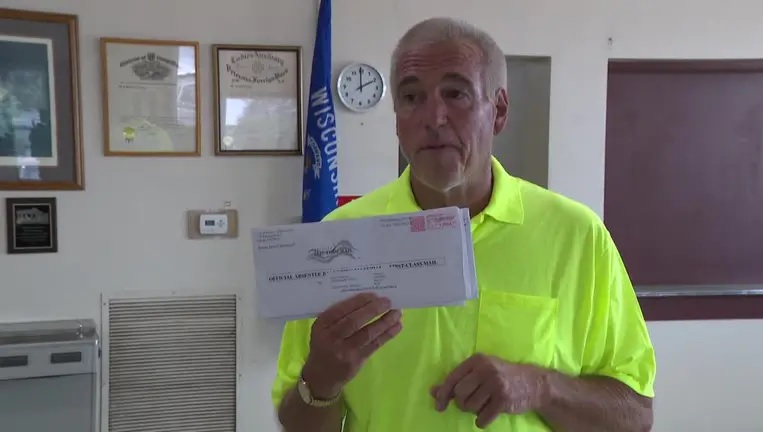 MADISON, Wis. (AP) — A Wisconsin man charged with election fraud for fraudulently requesting absentee ballots was ordered by a judge Thursday to stop talking about the case.

Harry Wait, 68, has acknowledged requesting the ballots in other people’s names in what he said was an effort to expose vulnerabilities in the state’s election system.

Wait, speaking to reporters, compared himself to founding fathers such as George Washington and Thomas Jefferson. He also declared that his actions were lawful “under organic law of the nation.”

At Wait’s first court appearance Thursday, Racine County Judge Robert Repischak ordered prosecutors and Wait, who is representing himself, not to talk to reporters about the case.

Wait is charged with two misdemeanor counts of election fraud and two felony counts of identity theft. Convictions on all four counts could mean up to 13 years behind bars.