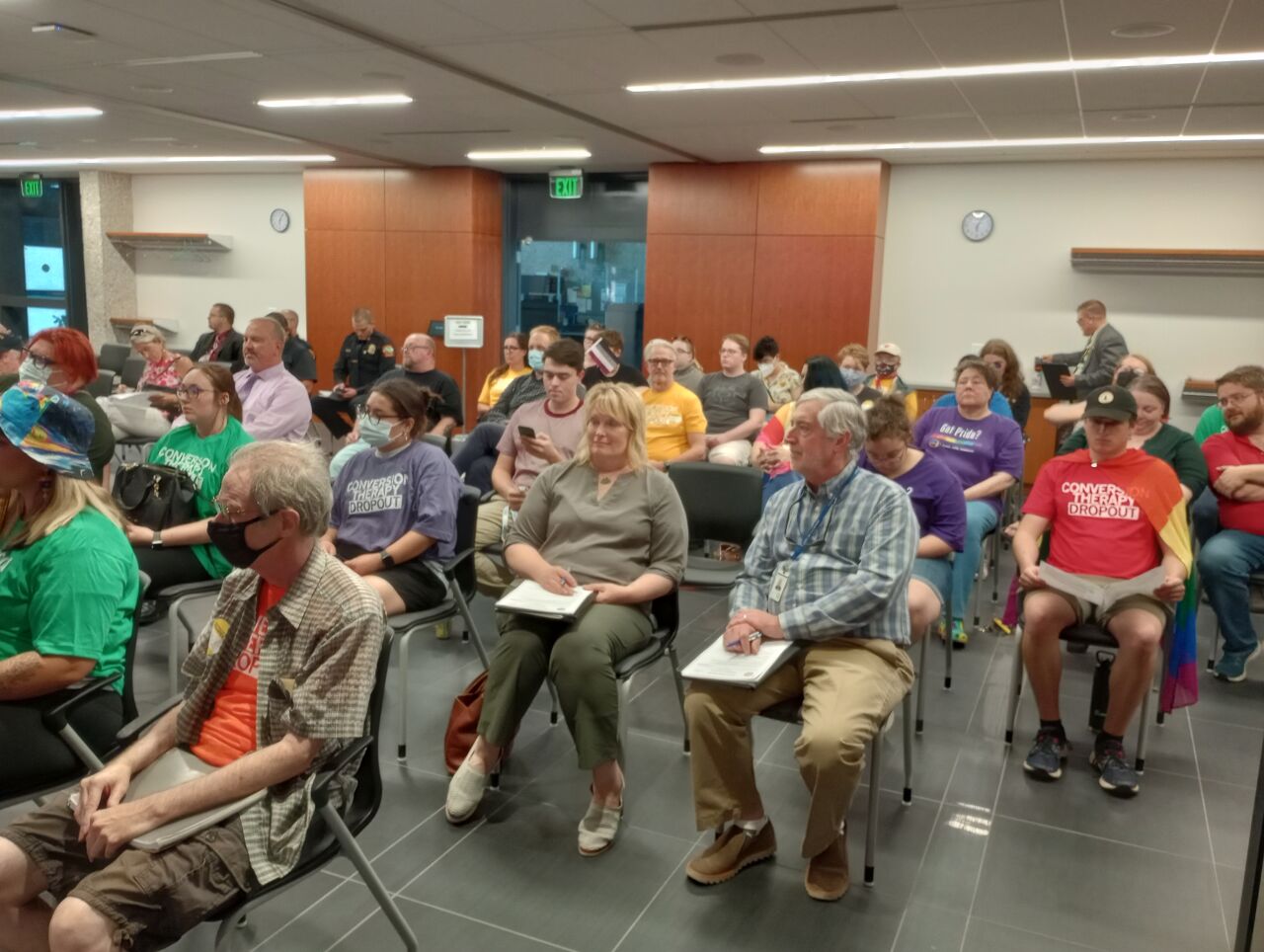 The fight over conversion therapy in La Crosse may be done, as far as the city council is concerned. Others in the community, however, say the debate will go on.

For the second time this year, the La Crosse city council passed an ordinance to outlaw therapy aimed at changing someone’s sexual identity.

After a closed session discussion, the vote passed 8-4, as a motion to postpone the matter indefinitely was defeated. A two-month delay, after the original passage of the ban in June, was about to run out.

“If this does pass tonight, the city of La Crosse will be sued,” Woodard said. “It’s going to happen.”

Woodard added that such a legal battle could be financially costly for the city.

Backers of conversion therapy say the city can’t tell parents how to raise their children, while members of the local gay and transgender community support a ban.

“This fight is not over, so do not for one second think that we’re done here,” said ban supporter A.J. DePre, who spoke outside City Hall after the vote, arguing that trans rights will be an issue in the November elections.

In other council business, a resolution declaring a “climate emergency” and encouraging the reduction of greenhouse gases was approved. The council also appointed a new 5th District representative, Jenasea Hameister, to replace Justice Weaver, who resigned for health reasons in July. Hameister is a UWL student, and she’ll serve until the April election.