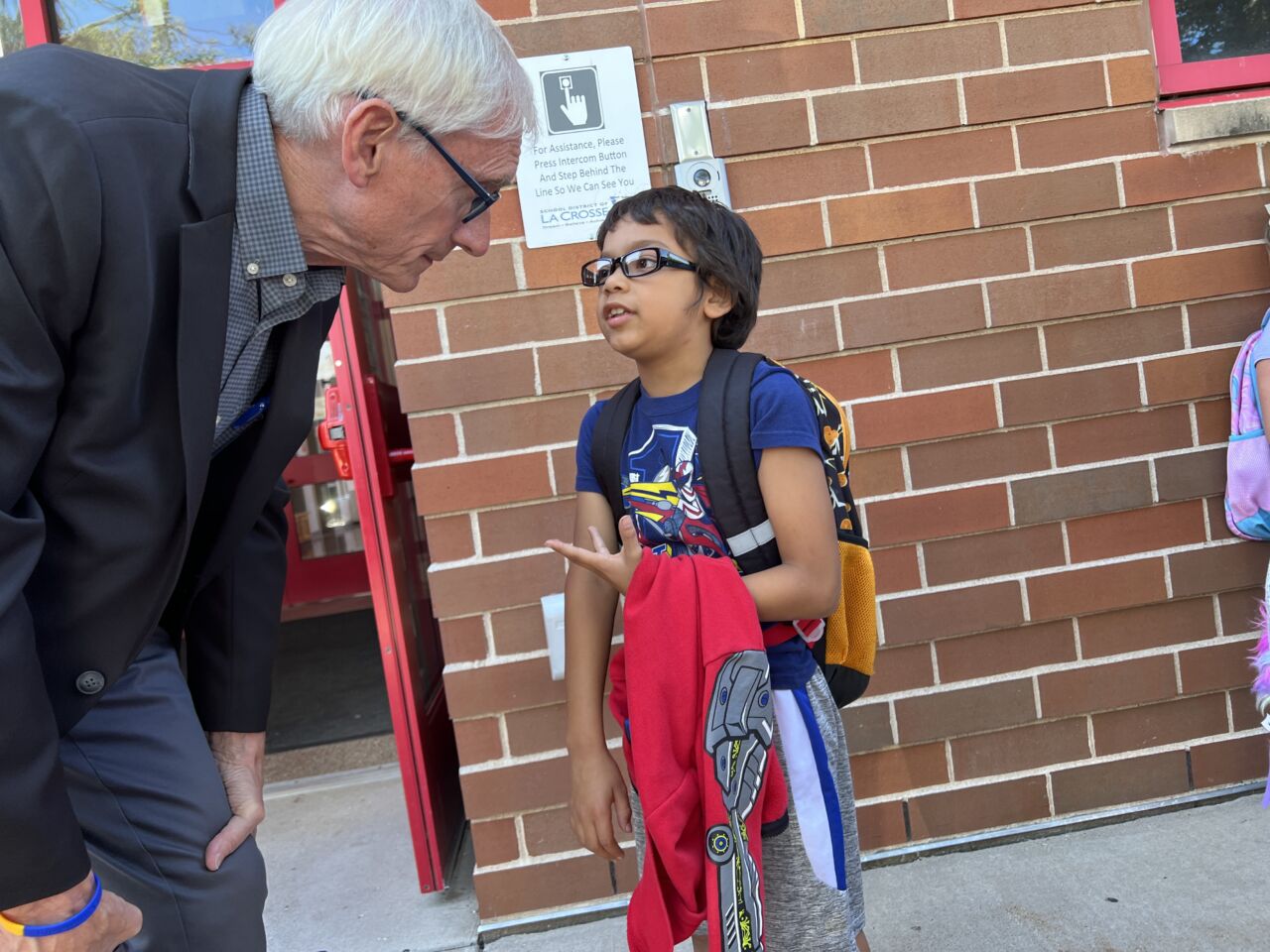 Wisconsin Gov. Tony Evers was in La Crosse on Tuesday, visiting with staff and students, while announcing $90 million in funding for K-12 schools in the state.

Evers made three stops at elementary schools including Madison, Oshkosh and the governor ended the day at Northside Elementary-Coulee Montessori in La Crosse.

Evers talked with reporters, including about school referendums, before mingling with students. He listened to some of their stories, asked one girl about her peculiarly missing front teeth and didn’t fall for the high-five “down low, too slow” bit with another.

La Crosse School Superintendent Aaron Engel and state Assembly Rep. Jill Billings were there to greet the governor, as well. After interacting with the kids, Evers then met with faculty inside the school.

During the Q&A with reporters, WIZM asked Evers his thoughts on the multiple school referendums in the area going on the ballot in November that includes La Crosse, Onalaska, Holmen and Bangor.

Evers, a former teacher and principal in Tomah, who became the state schools superintendent, said the next budget is critical and he looks forward to being governor so he can provide a robust proposal to the GOP-controlled state Legislature.

“If we don’t do the job at the state and provide enough resources for schools, they’re gonna be going to the taxpayers and asking for money and succeeding,” Evers said. “Some of it’s around building issues but, at the end of the day, what I’m mostly concerned about is those referendums that school districts are forced to do in order to keep their doors open and make sure that the teachers are paid thing — things that are basic — that the state has to step up.”

The La Crosse School District has the largest referendum in the state at 194.7 million, while in both Onalaska and Holmen, the districts are asking voters to pass $75 million ballot measures. And, in Bangor, the price tag is $24 million.

“It’s a reflection of what our obligations are as a state,” Evers continued. “I think we have not done what we should be doing. In the last two budgets, we did as much as we can but at the end of the day, we had many budgets where school districts were losing money and we just cannot have that.”

Back in April, 65 school referendums passed, totaling more than $860 million — the fifth-largest total ever in the Wisconsin — including $7.5 million in the West Salem School District. That price tag, however, could have been larger, as 81 school districts had asked their residents for funding. Sparta school district’s $4.2 million referendum was one of 16 that didn’t pass.