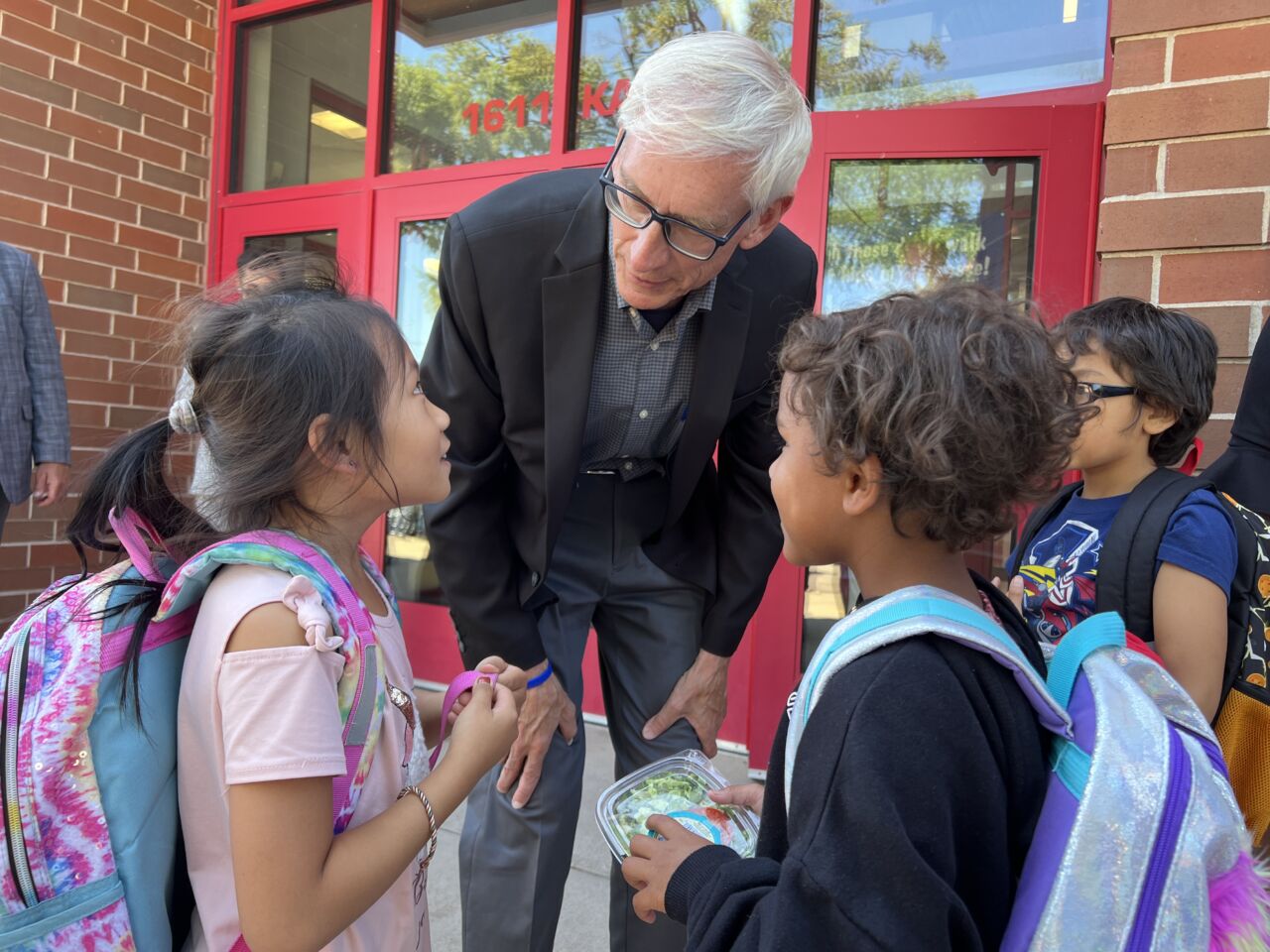 Evers made three stops at elementary schools in the state — his last visit to Northside Elementary in La Crosse, which is a year-round-type school that’s been in session since July.

READ MORE: During a Q&A with the media, WIZM asked Evers his thoughts about the multiple school referendums in the area (La Crosse, Onalaska, Holmen, Bangor) asking taxpayers for tens of millions of dollars.

Evers, a Democrat up for reelection in November, said the money would help schools keep and retain teachers and ensure that the student-to-teacher ratio doesn’t increase. Districts across the state, including the two largest in Milwaukee and Madison, have reported high numbers of unfilled teaching slots heading into the year.

“These investments will go toward making sure our kids have the resources and support to get caught up and be successful both in and out of the classroom,” Evers said in a statement.

A spokeswoman for Republican Tim Michels, who is challenging Evers, accused the former teacher, principal, school administrator and state education secretary of handing out the money “so he can pretend to care about education.”

Evers has repeatedly clashed with the Republican-controlled Legislature on education issues, vetoing bills this year that would have broken up the Milwaukee school district and made private voucher schools available to everyone. Republicans have also faulted Evers for not forcing schools to open earlier during the COVID-19 pandemic. The Legislature has rejected multiple calls from Evers to increase education spending.

The $90 million Evers announced Tuesday comes from the federal American Rescue Plan Act and will be distributed to public school districts and independent charter schools on a per-student basis. It will amount to nearly $100 in funding per student, the governor’s office said.

The bulk of the money — about $75 million — will be directed toward hiring more staff and addressing other issues caused by rising costs and national inflation, Evers’ office said. The remaining $15 million is directed toward mental health services.

The money is on top of $110 million in federal pandemic relief funds that Evers gave to schools in 2021.