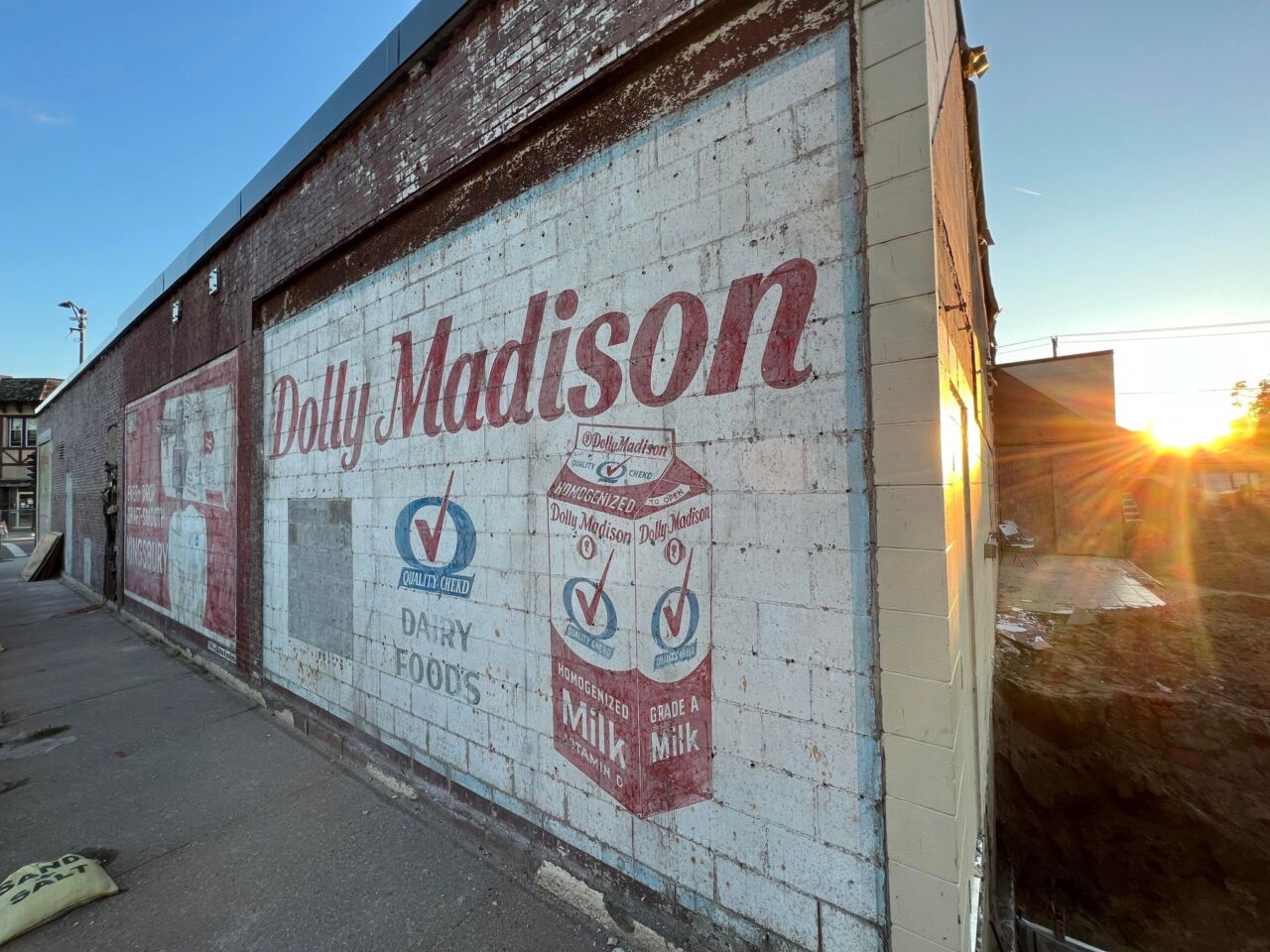 Painted billboards that were forgotten behind new walls on a George Street building have been exposed this week.

The hand-painted signs for beer and dairy products won’t be around much longer, though, since the former supermarket is being remodeled for the WAFER food pantry.

WAFER executive director, Erin Waldhart, likes the paintings, but repairs are needed on that part of the building.

“The windows were taken out, blocked up with cinder block,” she said, “and once (the paintings) were uncovered, what was found out is that those sections have lost their integrity. They are not a viable option long-term.”

The design plan calls for the old grocery store to be restored to its original appearance from 1906, before the signs were painted.

The advertisements on the storefront now were painted by Frank Kaufmann, who served for many years on the La Crosse city council and appear to date back to the 1940s or 50s. The store was known by various names over the years — including Birnbaum’s, Skogen’s IGA, Piggly Wiggly, and Gordy’s — before it closed in 2020.

Meanwhile, the building is on schedule to be occupied early next year.  Waldhart hopes to have the exterior work done before winter.

“We’re really pleased that we’re able to put an addition on to the building,” Waldhart says. “It gets us to about double of our current size, which is what we really needed to be able to function programatically and operationally.”

Waldhart says WAFER needs a new location because the current building along the causeway is in the lowest and most easily flooded area of La Crosse.