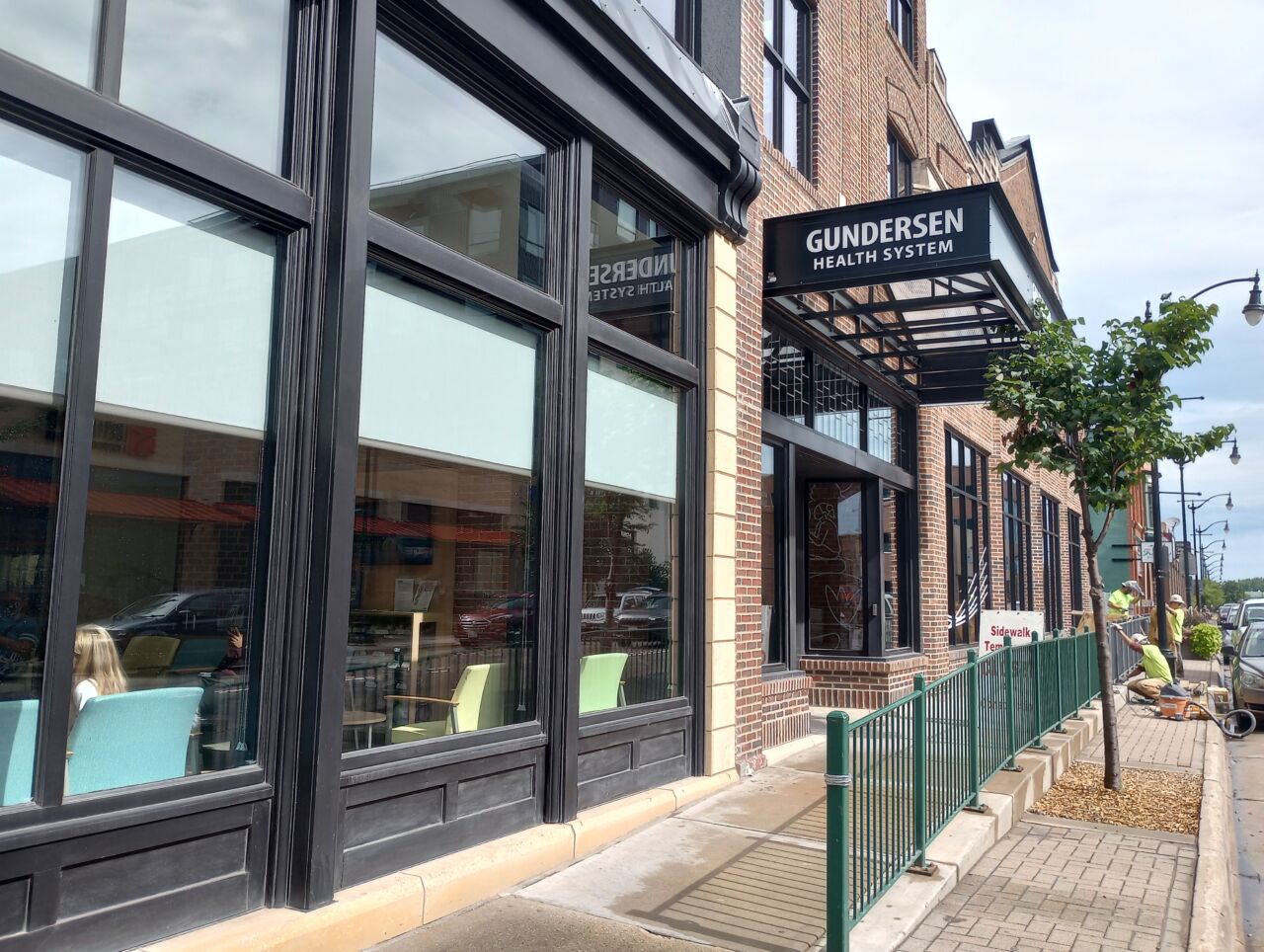 Doctors of the Gundersen family started their La Crosse practice in a downtown office.

This week, many workers based at the current Gundersen Health System clinic on South Avenue are moving to downtown, into newly-remodeled offices on 3rd Street.

The chair of the Gundersen Foundation, Dr. Stephen Shapiro, said the corporation needed to find new office space so that the medical practice would have room to grow at the clinic and hospital.

“It was important for us as the main campus was growing to find room for patient care,” said Shapiro, “so we are moving non-patient care areas out of the main campus building, and of the many choices we had to put a new building in, we wanted to come back to our roots in downtown La Crosse.”

Construction crews were putting finishing touches on the Gundersen site at the former Wettstein’s appliance store, which closed four years ago after nearly seven decades in business.

An open house for the 3rd Street offices is planned for next month. Gundersen opened a dental specialties clinic in the Wettstein building earlier.