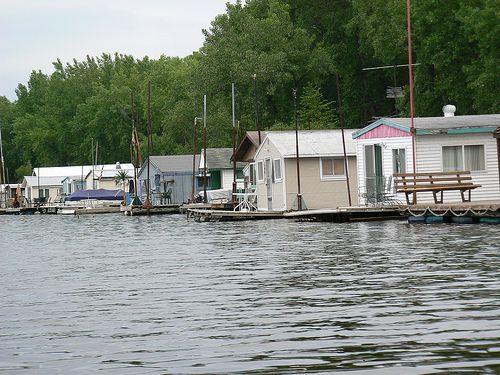 The cost of keeping a boathouse at certain docks in La Crosse is going to rise sharply, but not as much as the city had proposed.

At its monthly meeting Thursday, the La Crosse Park Board decided to raise the yearly license fees by 50 percent to $750 for residents of the city and $900 for non-residents.

Boathouse owners at the meeting — numbering about 50 to 60 — protested the increases, saying the fee hikes appeared to be a way of trying to get rid of the houses, which take up city park land.

They also criticized city leaders for giving them little advance notice that the increases were going to be voted on this month.

Department staffers defended the increases, saying more money was needed to maintain the docking areas for the boathouses.

Park department staff had proposed the fee hikes to help pay for maintenance, such as shoreline repair and electrical service for the boathouses at Copeland Park and elsewhere.