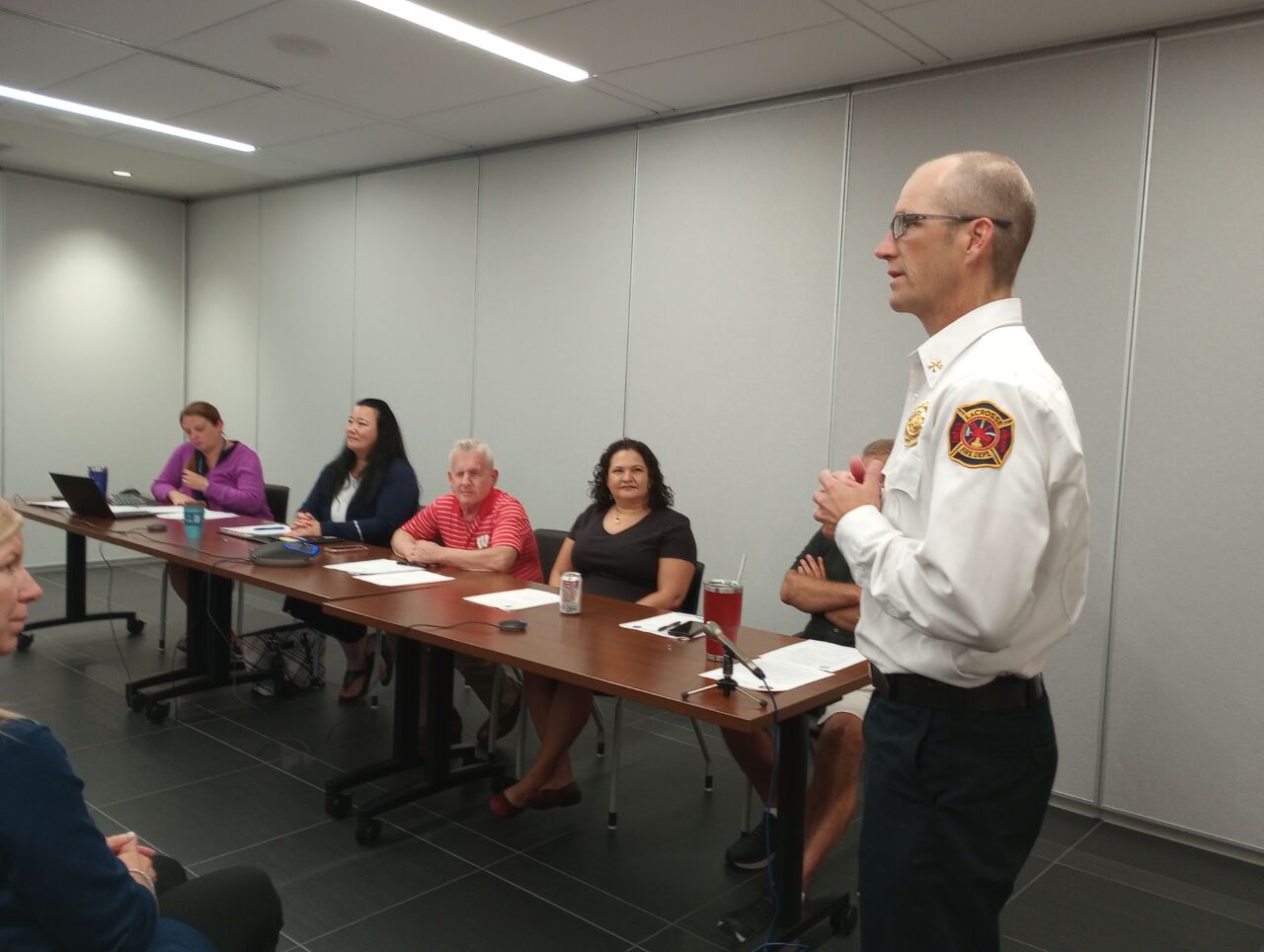 The announcement was made late last week, and now it’s a formality. Jeff Schott was promoted to Fire Chief by the La Crosse police and fire commission, after a vote Wednesday morning.

Schott had been serving as assistant chief for much of this year, and he decided to apply for the post of chief when the old fire chief, Ken Gilliam, took a similar position in Arizona.

“Quite honestly, it’s been a good learning process for me in the last six months, as the interim assistant chief,” Schott told reporters. “I’ve had a lot of great support and this opportunity presented itself, and working with the police and fire commission through the interview process was a learning experience.”

Schott has 22 years of experience in the La Crosse Fire Department as preparation for his new assignment. He said pending retirements in the department led him to consider applying to become chief.

“I took, honestly, the look in the mirror and said, I need to step forward to lead,” he said. “I have knowledge, and the skills and the ability to do so.”

Schott added that before Wednesday, the most news coverage he had gotten on the job this year was briefing reporters about a 4th Street restaurant fire back in April.

At the commission meeting, Schott thanked interim chief Jeff Murphy for his leadership, and he thanked his wife Avrie Schott, who’s a veteran of the La Crosse Police Department.

Chief Schott joked that their marriage proves police and firefighters can get along.