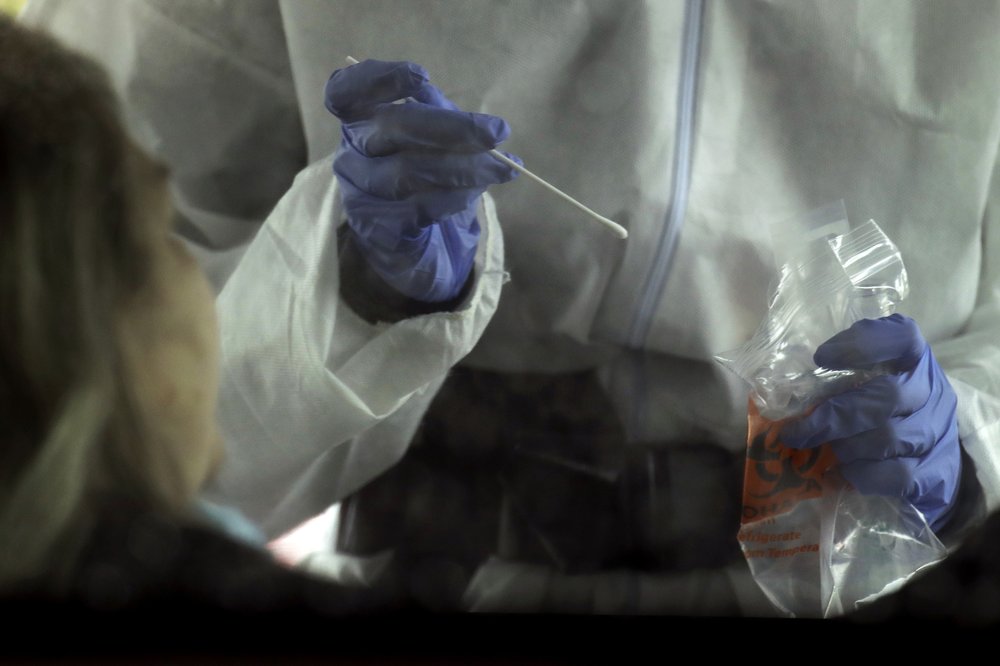 FILE - In this April 22, 2020, file photo, a nurse prepares to take a sample for a COVID-19 test during a drive-in testing outreach in the parking lot of a church in Kansas City, Mo. (AP Photo/Charlie Riedel, File)

The vote Monday gave nurse negotiators the ability to call a strike, with a 10-day notice to employers. The union represents 15,000 nurses. The next negotiation session is set for Aug. 30.

Union officials said one of the biggest issues is retention with understaffing contributing to overwork and professional burnout. They said nurses are caring for twice as many patients as normal and that while the conditions existed before the COVID-19 pandemic, they’re worse now.

“Despite the on-going challenges being felt by Allina Health and throughout the nonprofit health care industry, we have offered an economic package that includes a wage increase of 11% over the three years of the contract, as well as additional compensation benefits. We have also demonstrated our commitment to many of the union’s priority issues, such as diversity, equity and inclusion, safety and security, and recruitment and retention,” Allina said in a statement

“Nurses do not take this decision lightly, but we are determined to take a stand at the bargaining table, and on the sidewalk if necessary, to put patients before profits in our hospitals,” union President Mary Turner said in a statement.

Union officials say 15 hospitals and would be affected by the strike, including those operated by Allina Health, M Health Fairview, Children’s Hospital, North Memorial and HealthPartners. In Duluth, it’s Essentia and St Luke’s. Allina Health said it has plans in place to care for patients during any work stoppage, but wasn’t specific.