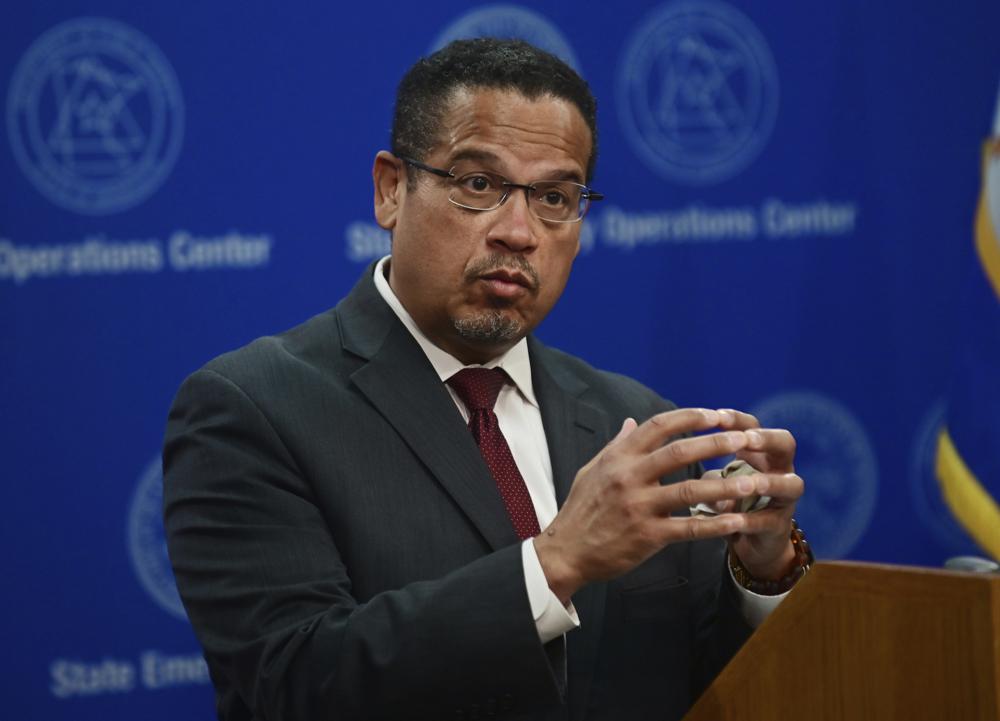 MINNEAPOLIS (AP) — A primary victory by a political novice has raised Republican hopes for winning the Minnesota attorney general’s office for the first time in over 50 years.

Financial attorney Jim Schultz’s win over Doug Wardlow on Tuesday set him up to challenge Minnesota Democratic Attorney General Keith Ellison in November in a race where violent crime and threats to abortion rights already have shaped up as major issues.

Ellison is a staunch progressive who became a national figure as the first Muslim elected to Congress. He raised his profile further last year as leader of the prosecution team that got former Minneapolis police Officer Derek Chauvin convicted of murdering George Floyd in a killing that forced a national reckoning on racial justice. The state’s first Black attorney general heads into November with a large base of passionate supporters — and detractors.

No GOP candidate has won the attorney general’s race since Doug Head in 1966, and no Republican has won statewide office since Gov. Tim Pawlenty was reelected in 2006.

Many Republican activists were relieved that Schultz soundly defeated Wardlow by about 18 points. Wardlow lost narrowly to Ellison in 2018, and many GOP strategists think they could have won with a better candidate. Many were upset with Wardlow’s decision to challenge Schultz in Tuesday’s primary after losing the GOP endorsement. Wardlow’s close ties with MyPillow founder Mike Lindell, a leading booster of former President Donald Trump’s lie that the 2020 election was stolen from him, didn’t help his credibility.

“Jim Schultz is a strong candidate,” GOP strategist Gregg Peppin said. “He is very impressive on the stump, very disciplined, very on message. And I think he’ll be able to raise the funds necessary to wage a competitive campaign.”

Peppin said Ellison is vulnerable because he backed a failed ballot proposal in Minneapolis last year to replace the city’s police force with a new, vaguely defined public safety department, an idea that arose from the “defund the police” movement. While Ellison criticized the “defund” slogan, saying it didn’t accurately describe what the measure would have done, Republicans pin the label on him anyway.

Republicans have spent months attacking Ellison and Walz on public safety after crime rose in Minneapolis in 2020 and 2021, as in other major cities across the U.S. While homicides are down in Minneapolis so far this year, assaults and burglaries are up. And while no Minnesota city has actually “defunded” its police force, Minneapolis and several other departments have fallen well below their normal staffing levels due to retirements, resignations and medical leaves arising from the unrest that followed Floyd’s death in 2020.

Republican voters were probably smart to pick a fresh face, said Democratic strategist Todd Rapp. But he also said history is on Ellison’s side, given that Minnesota voters traditionally have backed Democrats who have focused on issues like consumer protection.

“Republicans think they have some wind at their back. I get that,” Rapp said. “But there have been a lot of years when the wind has been at the back of Republicans and Minnesotans have elected a Democratic attorney general.”

Ellison has pledged to protect the rights of women who come to Minnesota to get abortions. The state became an island for legal abortion after the U.S. Supreme Court reversed Roe v. Wade and some neighboring states’ restrictions took effect. He angered conservatives by declining to appeal a recent ruling by a state judge who declared most of Minnesota’s restrictions on abortion unconstitutional.

“Minnesotans have a clear choice this November,” Ellison said in a statement. “They can either re-elect an attorney general who has been protecting their right to a safe, legal abortion and will continue to do so, or someone who has vowed to attack Minnesotans’ reproductive freedom.”

Peppin said Democrats have become a “one-note wonder” on abortion since the Supreme Court decision, and that they’d do better by focusing on bread-and-butter issues. But Rapp said the abortion fight could be a significant factor driving Democratic turnout in November and help them overcome the headwinds they’re facing amid President Joe Biden’s sagging popularity.

Schultz, in a statement, called Ellison “the most far-left attorney general in Minnesota’s history” and asserted that “Minnesota has become less safe” under him. He added that “Ellison’s support of defunding police would make things worse.”

Ellison has backed stronger gun safety laws for fighting violent crime, including restrictions on sales of guns to people under age 21 in the wake of the school shooting in Uvalde, Texas. And he has suggested that Republicans were guilty of hypocrisy on crime when they blocked his requests for more funding so he could hire more prosecutors for his criminal division.

More money for the attorney general’s office would be up to the Legislature, where the current, narrow House Democratic and Senate Republican majorities have struggled to find common ground. Incumbent legislators in contested primaries generally won on Tuesday, but the large number of retirements and open seats means control of both chambers will be up for grabs in November.