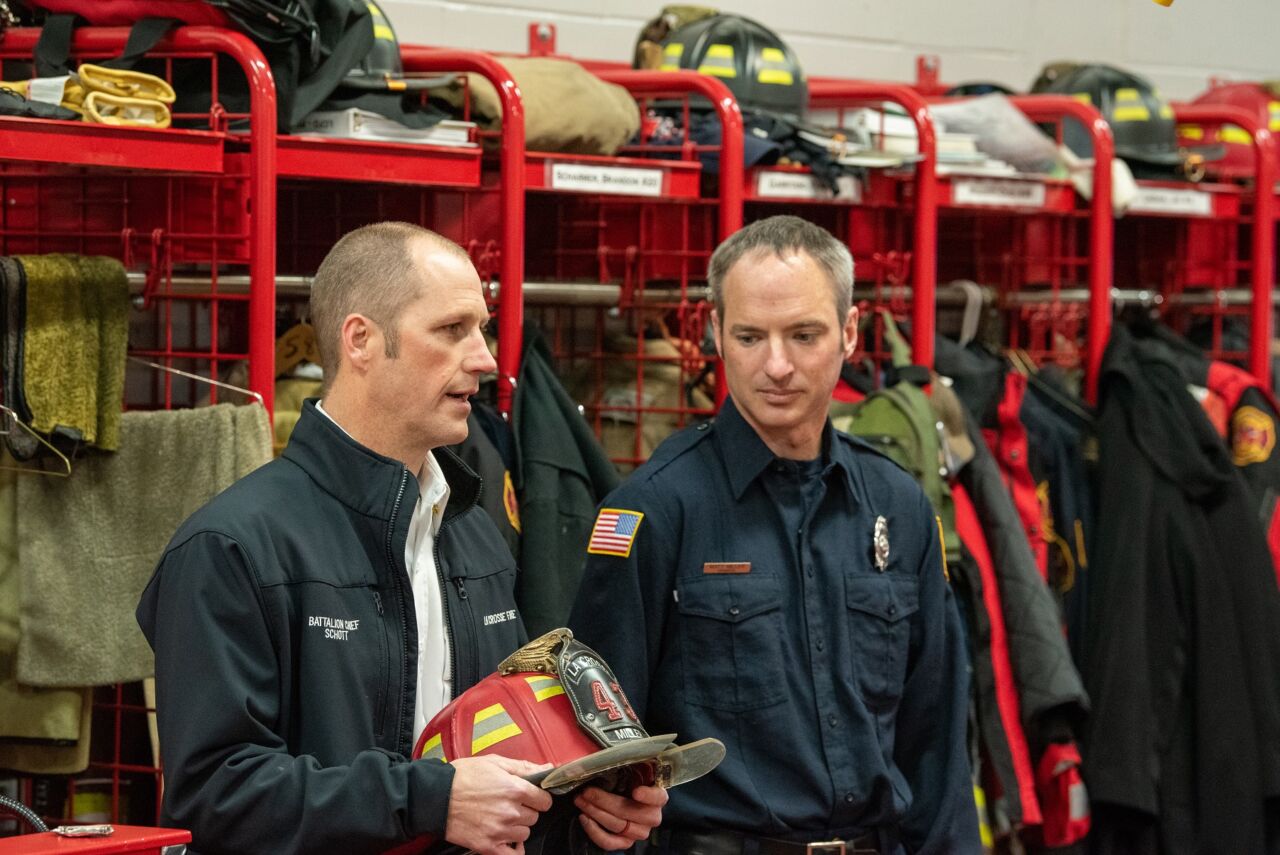 FILE - Jeffery Schott (left) at a

Jeffery Schott has been named Fire Chief for the city of La Crosse.

The news, announced Friday, comes almost exactly five months after Ken Gilliam told the Police and Fire Commission his last day on the job would be April 15.

The Police and Fire Commission will confirm Schott as chief on Aug. 17, with his duties beginning on Aug. 19.

Schott has been with the La Crosse Fire Department since 2000.

With LCFD, Schott has worked as an EMS trainer, Lieutenant, Captain and is a certified hazmat technician and former hazmat team leader.

He was promoted to Battalion Chief in 2018.

Schott is a 1997 UW-Eau Claire graduate with a major in Criminal Justice. He graduated from the Louis Garland Fire Academy (San Antonio) with honors two years later. From 1999-2007, he served in the Minnesota Air National Guard as a Staff Sergeant and firefighter.