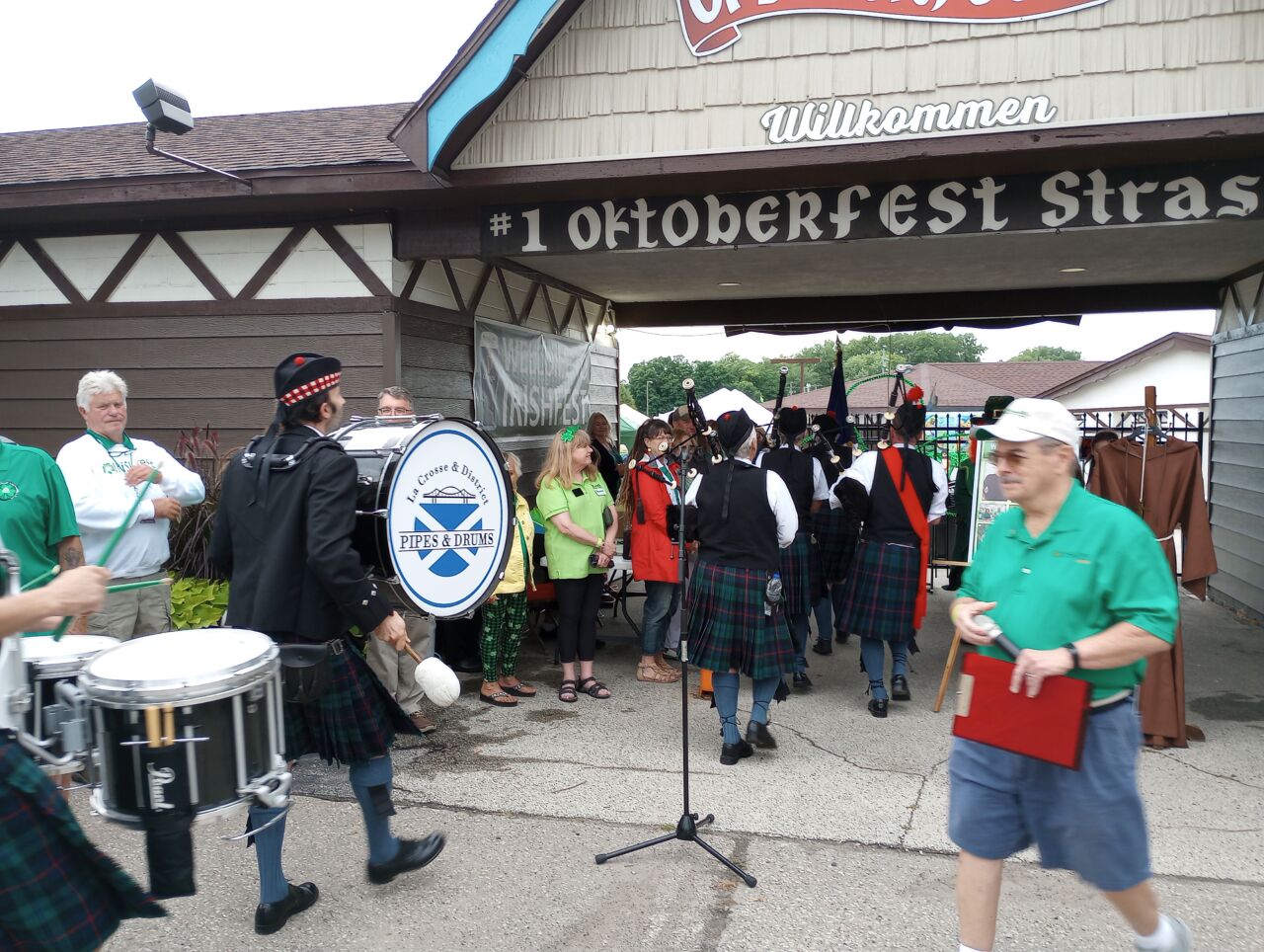 The opening day of Irishfest at the Oktoberfest grounds on Friday, Aug. 12, 2022. (PHOTO: Brad Williams)

This is the 17th year of the local festival, which draws big-name Irish entertainers who also perform at other regional festivals during August. Friday’s headline act is Gaelic Storm, performing at 10 o’clock.

Saturday’s schedule includes a new feature for Irishfest, a tug-of-war competition. The United States Tug-of-War Association will have contests throughout the day on Saturday.

The Saturday events also include a 5K run-walk, and a mashed potato eating contest at the southside festgrounds.