WIZM-AM marks 100 years on the air 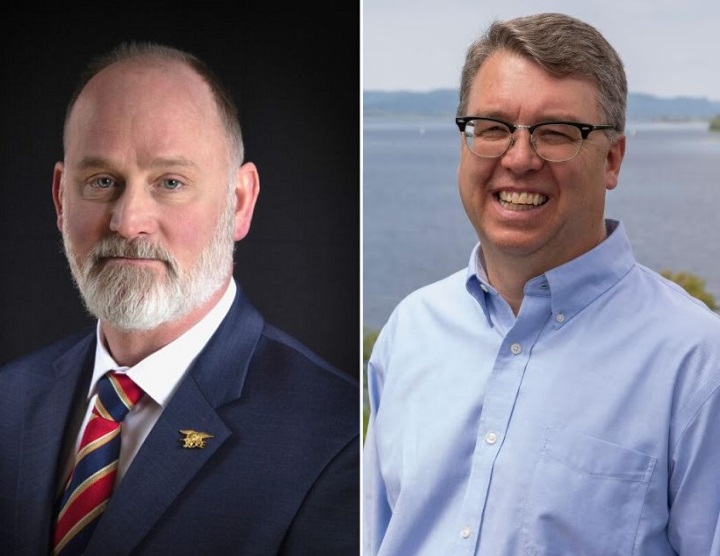 Brad Pfaff is moving on to represent Democrats in the 3rd Congressional District.

Pfaff, who will join La Crosse Talk PM at 5:07 p.m. on Wednesday, had an election watch party at the Bodega in downtown La Crosse, where he eventually was able to celebrate the win.

“Make no mistake, this election will be one of the most important of our lifetime,” Pfaff said in a statement, adding, “I look forward to working to earn your vote as we talk about the real issues facing hardworking Wisconsin families. Unlike my opponent, your voice and those across western and central Wisconsin will always be my top priority.”

In a statement Van Orden thanked supporters, but both candidates also immediately went after each other.

“My opponent Brad Pfaff has never had a job outside of politics and enthusiastically supports President (Joe) Biden and (Nancy) Pelosi’s radical policies and spending that are destroying America in real time,” Van Orden stated. “Wisconsinites have had enough. They want new leadership, someone who is not a career politician and will be a strong leader in these hard times.”

On the flip side, Pfaff didn’t mince words, either.

“Derrick presents a clear and present danger to democracy and has proven time and time again that he lacks the temperament, character, or the judgment to be in Congress,” Pfaff continued. “Whether it was participating in the Capitol insurrection on January 6th, being placed on probation for taking a loaded gun into an airport, bragging about sexually harassing two female officers or berating a teenaged librarian aide because of a Gay Pride book display, Derrick is quite simply unfit to serve in Congress.”

The US House seat is an open one, after Rep. Ron Kind announced he was leaving last year, after 13 terms.