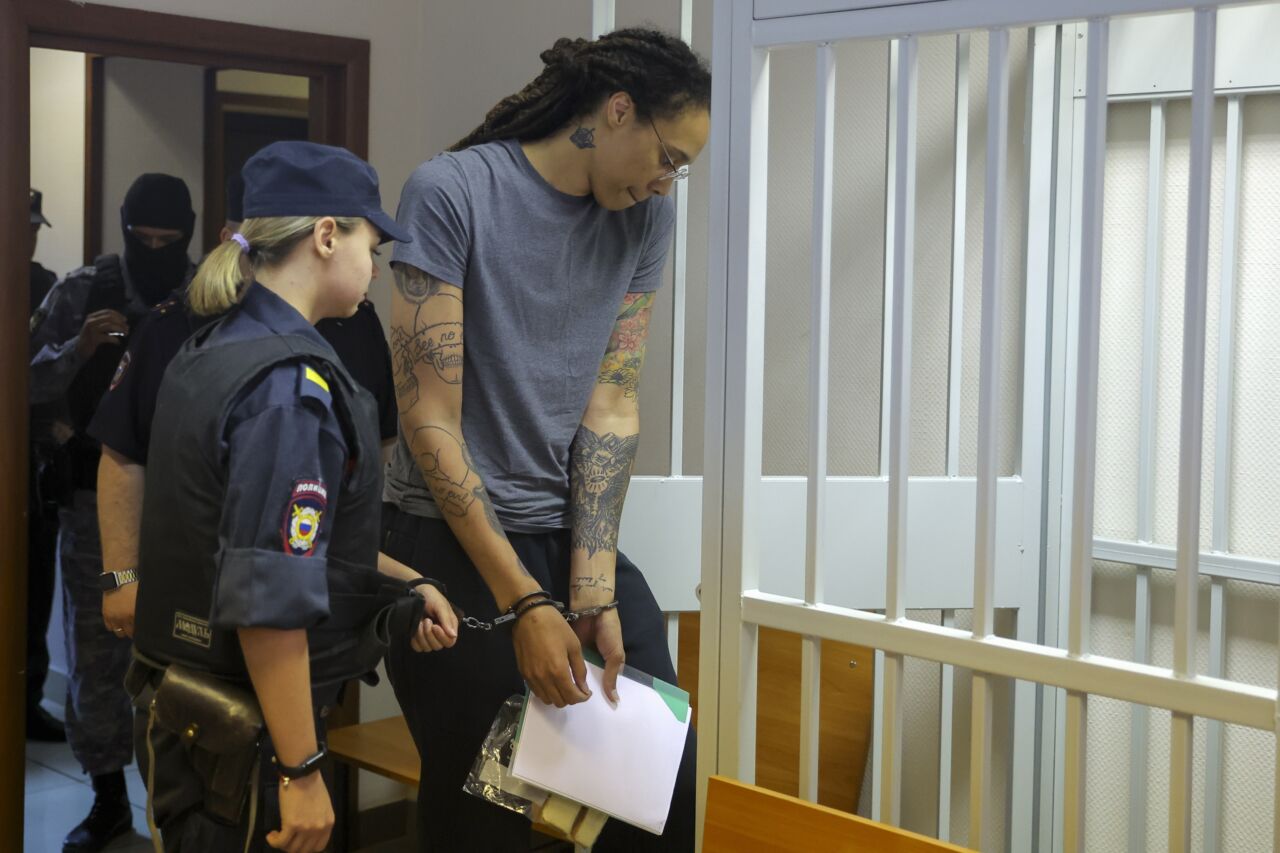 KHIMKI, Russia (AP) — A judge in Russia has convicted American basketball star Brittney Griner of drug possession and smuggling and sentenced her to nine years in prison. Judge Anna Sotnikova said the time Griner has served in custody since her arrest in February would count toward the sentence. Griner showed little emotion to the sentence. The unusually quick verdict came in a politically charged case amid soaring tensions between Moscow and Washington over Ukraine and could lead to a high-stakes prisoner exchange. Before the verdict, an emotional Griner told the court she had no intention to break the law by bringing vape cartridges with cannabis oil when she flew to Moscow to play basketball in the city of Yekaterinburg.