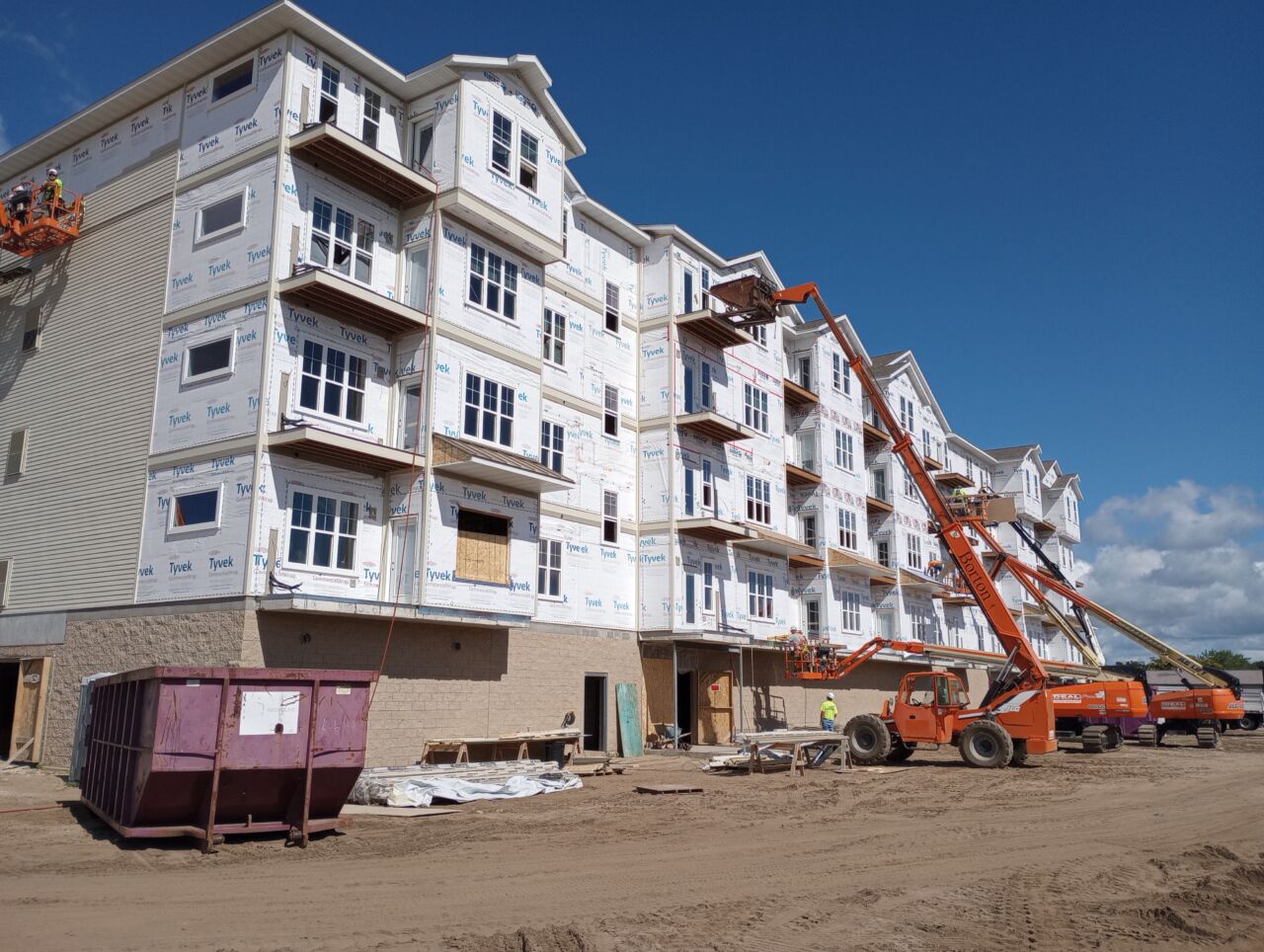 An apartment complex is going up now on a north La Crosse lot, almost a decade after plans were announced for more housing in that area.

The former location of Trane Plant 6 near La Crosse Footwear and Lang Drive will now be known as 5th Ward Residences.  The first of two large apartment buildings is close to being finished for occupation in October, according to Linda Seidel from Three Sixty Real Estate.

A 2-bedroom unit will rent for about $1300. All the apartments will have their own washers and dryers.

Fourteen town houses for sale will be finished by September, under the current schedule. There will also be a community center on site, and space for business incubators.

Plans for developing the Trane site were announced in 2013, shortly after Tim Kabat was elected mayor of La Crosse, but the current project was approved just last year.