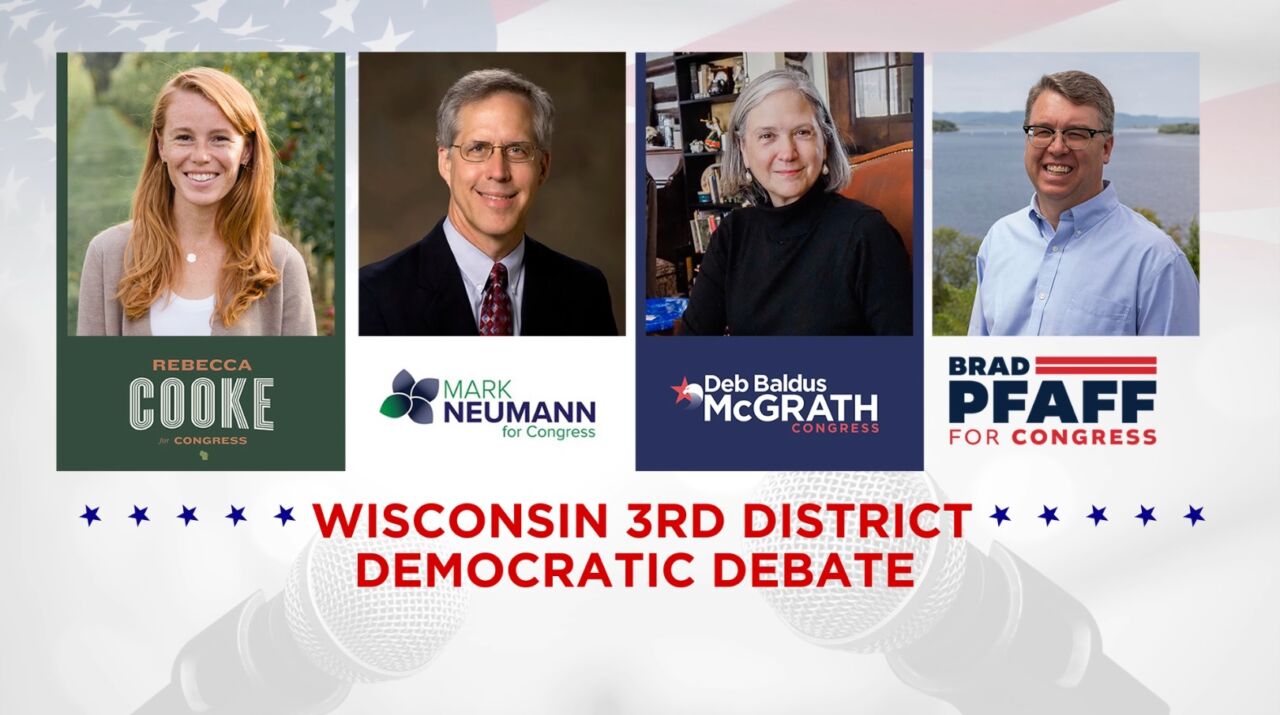 He called it one of the most watched political races in the nation, Wisconsin’s 3rd Congressional District.

UW-La Crosse political science professor, Anthony Chergosky, Ph. D., moderated a debate among the four Democrats looking to replace the retiring Ron Kind in the US House of Representatives come this November.

“Out of all the 435 seats in the US House of Representatives, this upcoming election, in this seat here in Wisconsin, is absolutely one of the most closely watched in the nation,” Chergosky said to open the debate.

The four Democratic candidates — Rebecca Cooke, Deb McGrath, Mark Neumann and Brad Pfaff — will be trimmed to one after primary voting concludes Aug. 9. Early voting has already started. Only one Republican is in the race, Derrick Van Orden, who lost to Kind by 10,346 votes in 2020.