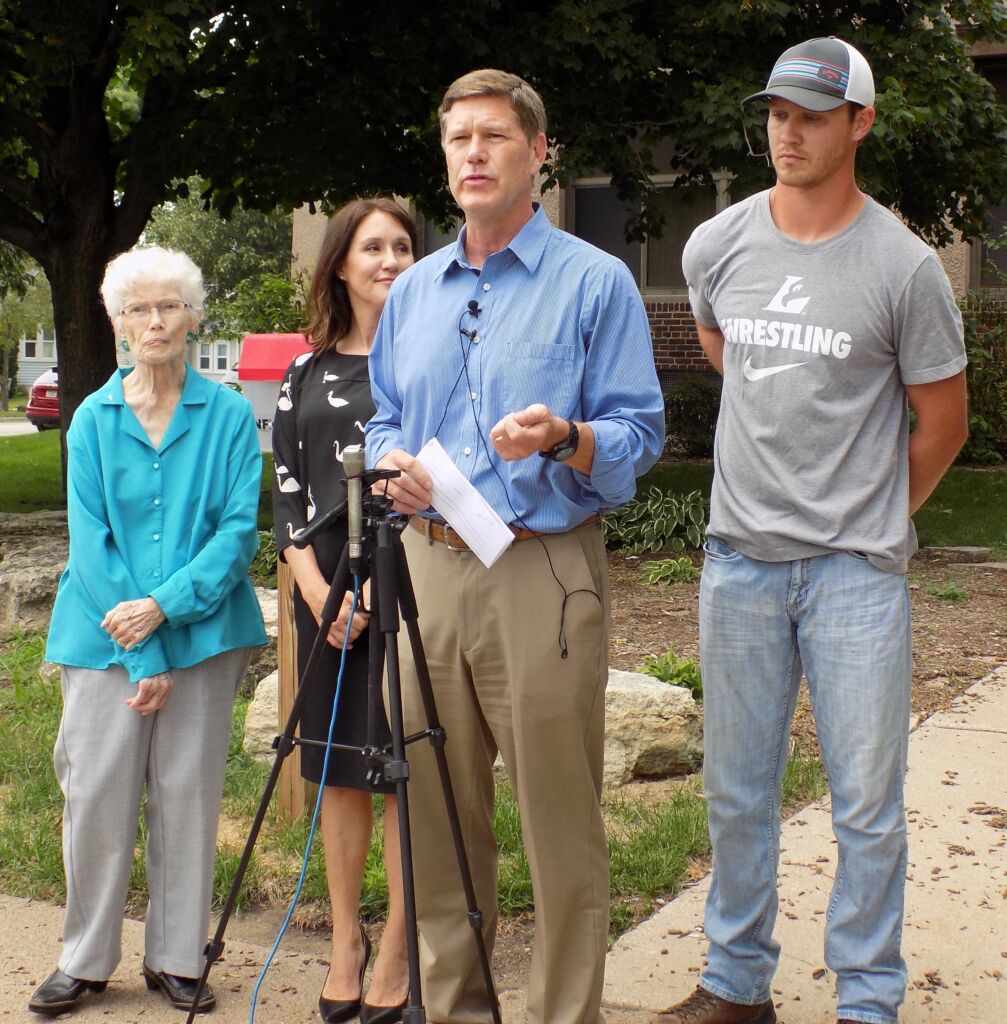 Ron Kind poses with family members in front of his former Roosevelt Elementary School on Tuesday, Aug. 10, 2021, after announcing he would not be seeking a 14th term in Congress.

Four Democrats running to replace US House Rep. Ron Kind to represent the 3rd Congressional District in Wisconsin will debate at 6 p.m. Tuesday on WIZM.

The hour-long debate was hosted at the University of Wisconsin-La Crosse and is moderated by political science professor Anthony Chergosky, Ph. D.