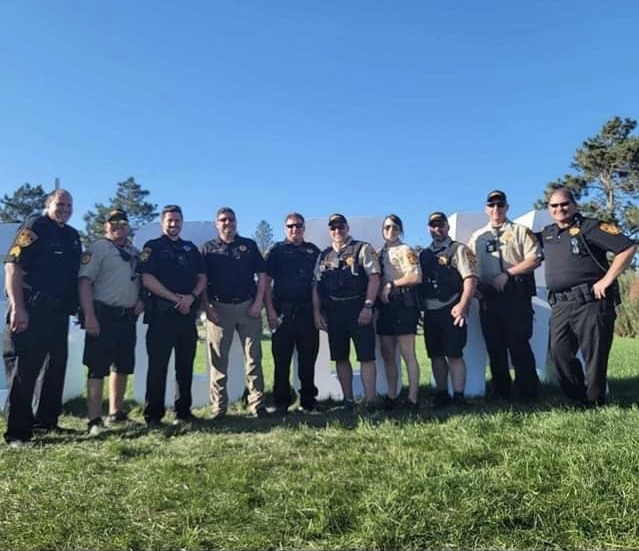 This photo, posted on Jeff Wolf’s La Crosse County Sheriff's page was posted online for a short time, before drawing comments from public and being taken down in July of 2022.

La Crosse County officials are criticizing a sheriff’s deputy for making a controversial hand gesture in a group picture with other deputies.

In the photo taken at the recent Country Boom festival near West Salem, one deputy appears to be making an ‘OK’ sign that has been used as a signal by white supremacists.

La Crosse County Sheriff Jeff Wolf and interim county administrator Jane Klekamp said an internal investigation is being done, and an outside review may also happen.

The photo had been posted online Facebook by the sheriff, but was later taken down.

In the picture, a group of 10 sheriff’s deputies are standing together, with one man making the hand gesture.