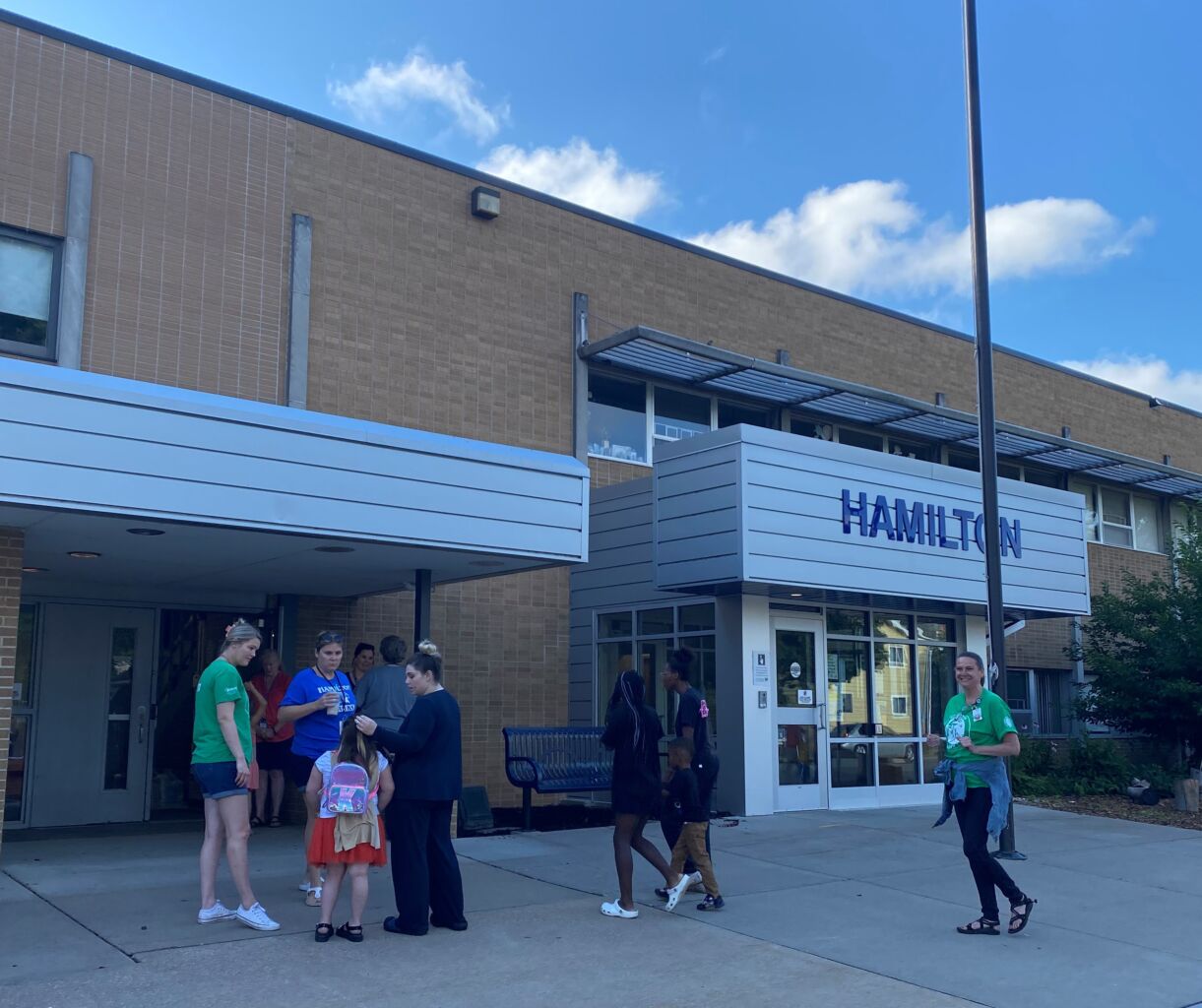 For most students, the summer is just getting started and the idea of going back to school hasn’t even crossed their minds.

For students who attend Hamilton and Northside elementary schools, however, Wednesday was their first day “back to school” — again.

That’s because those La Crosse schools run year-long calendars, with students getting a summer break that’s about half as long as traditional schools.

Students were eager to be back in the classroom, while teachers stood outside waiting to high-five or give hugs, welcoming them back to class.

Angela Korson has been teaching at Hamilton for about four months now, but has worked for the district for many years. She said year-round school was one of the reasons she took the job.

“I really think that the commitment to having kids be able to continue their academic growth and learning all year long is really important,” Korson said. “Students are so excited to be back. Big smiles, they’re happy and skipping, and so excited to see their teachers.”

Hamilton has been using the 45-15 school schedule since 2012, with students attending school for 45 days, then having 15 days off, with a longer break in June.

The new school year also brings a new principal to Hamilton. Jenna Fernholz has been in education for 18 years, teaching at Logan Middle School for the past 15 years. However, this is her first year as principal.

This is also Fernholz’s first year working at a school with a year-round schedule. She has been working hard to prepare for the new school year.

“I’ve been really working with the staff to get ready and prepared for the school year, and definitely my own schedule a little bit, since this was a bit short notice,” Fernholz said. “It’s just a school year like any other school year, the kids are excited, the teachers are excited, so we are really looking forward to being back.”

And as far as Fernholz’s hopes as principal for the year ahead, “Just for kids to be happy, and for the staff to be happy. For the kids to really grow academically and socially, and just to feel like a part of this community.”

“We had our open house last night and just to see the kids’ faces, they were so excited,” Fernholz added. “Out here this morning, I do see a little bit of nerves, but mostly just excitement. I think the kids are ready.”