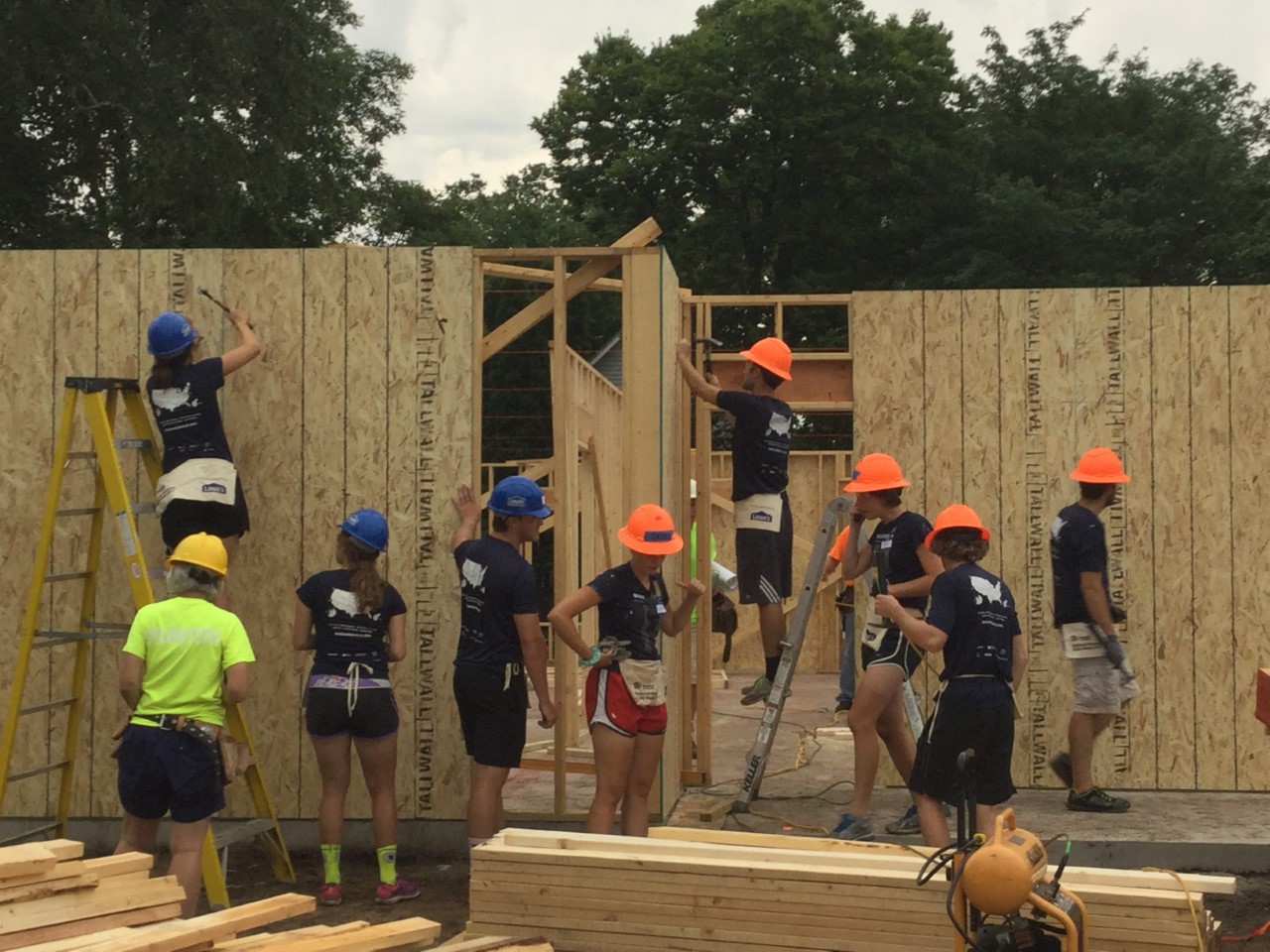 FILE - The Bike and Build team helps complete a Habitat home at 5th and Mississippi streets in La Crosse back in 2016 (PHOTO: Habitat for Humanity La Crosse)

A group that’s biking across the country, helping build houses at each stop, will be in La Crosse on Thursday.

The Bike and Build Team will help Habitat for Humanity La Crosse Area staff and other volunteers renovate a home at 922 6th Street South.

That stop will be about the halfway point of the 4,167-mile trek for the group of 28, that started in Vermont and will end in Washington state.

“It’s amazing to watch them build,” Habitat executive director Kahya Fox said in a news release. “They have been building all across the United States, so they don’t waste any time getting to work. We are so honored to have been chosen to be one of the many stops along the way.”

This is the second time the group will have stopped in La Crosse. It first came in 2016 to help complete another Habitat home.

The home it’ll help renovate Thursday will be for Andrea Baum and her two kids, who currently live in a small apartment, which is, according to a Habitat news release “unsafe for two small children, with exposed wiring, leaking windows and strange smells.”

Baum also pays over 30% of her gross monthly income for rent.

“I pay a very high price for something that isn’t going to be mine in the future,” she said in the release.

Baum and her family will complete 350 “sweat equity” hours building her home alongside Habitat staff and volunteers.