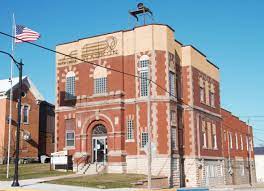 Waukon Mayor Patrick Stone has been arrested for child endangerment.

The arrest reportedly was carried out last week by the Winneshiek County sheriff’s office.  Waukon is located in neighboring Allamakee County.

Investigators believe Stone caused injuries to two children in his care who have mental or physical disabilities.

Stone has been the mayor of Waukon for three years.