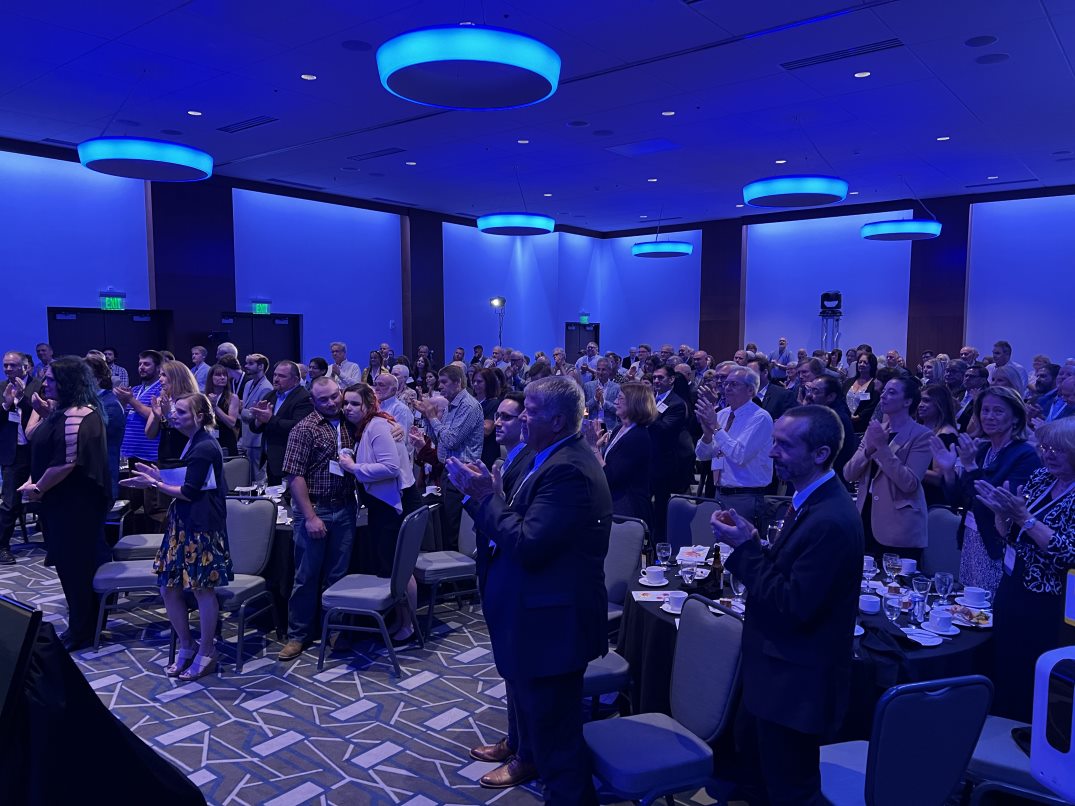 A standing ovation for Howard Gloede's induction into the Wisconsin Broadcasters Hall of Fame on Thursday, June 24, 2022, at the Radisson in downtown La Cross. (PHOTO: Rick Solem)

Howard Gloede was inducted into the Wisconsin Broadcasters Hall of Fame, right down the road from where he spent his entire career.

Many family, friends and colleagues attended the ceremony at the Radisson, downtown.

Gloede spent his entire career at Mid-West Family, starting off as an intern in 1979 and working his way up to president 30 years later. Gloede died of cancer in November of 2019.

Those in attendance watched a video tribute of Gloede’s career, which can be seen below.

Brandon Hammelman, Gloede’s stepson, accepted the award spoke about the qualities that made Gloede the perfect fit for radio at Mid-West Family and what else he may have excelled in.