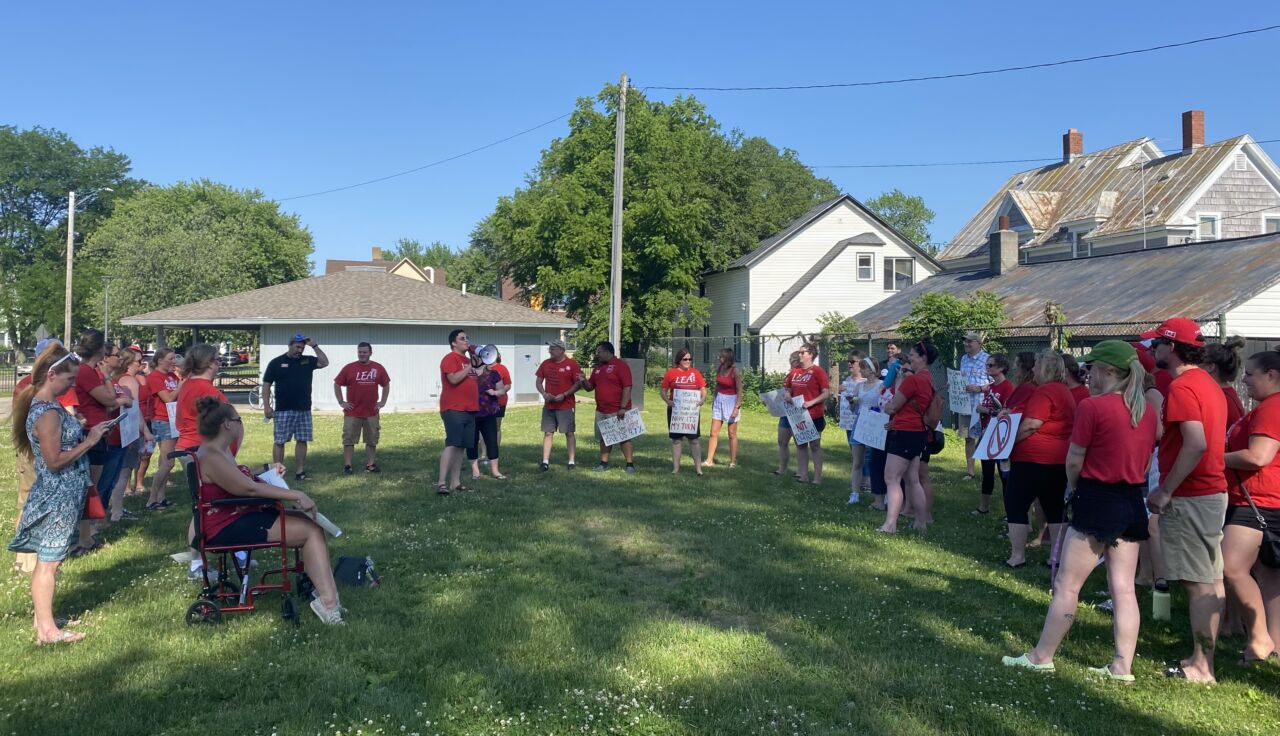 Over 50 local teachers endured the heat and rallied at Powell Park on Monday night to advocate for a higher pay raise. The current pay raise proposal is around 2%, but teachers are saying that isn’t enough.

“Most importantly our students, parents, and staff deserve stability,” Nielsen said. “I second guess every decision I make, every name I give parents, or every program I tell them about. I’m not sure who runs it, I’m not sure how long it’s going to run for, and I would just like to have that knowledge to feel confident in the things I’m telling my parents.”

A petition circulated by the La Crosse Education Association (LEA) that called for a higher raise received over 560 signatures. The majority of those who signed the petition were community members or parents of students in the district.

After the rally, La Crosse Superintendent Dr. Aaron Engel weighed in with his thoughts.

“I appreciate our teachers’ advocacy for themselves, and the union’s efforts at organizing … we are in the middle of the process (of negotiations),” Engel said. ”We are working through a number of meetings with our union and continuing to move forward with our talks.”

The LEA has requested mediation and the district has agreed to bring in a third-party to negotiate the pay raise. However, the district is still standing firm with the 2% increase.

“Nothing has really changed about our economic circumstances. It’s really what’s driving our position at this point,” Engel explained. “We appreciate all that our teachers do… and we certainly understand the impact that inflation has had on folks, but it’s had the same impact on our schools. Our state legislature gave no new money to schools in our last biennium so that, combined with our declining enrollment, means we have less money this year than we had last year.”

Some argue that if the district can afford $195 million for consolidation project, it can afford to raise teacher’ss’ salaries.
At the rally, Nielsen criticized the board saying, “We cannot let the district hide behind a $200 million referendum. No more failed promises.”

However, Engel explained that the consolidation will actually help the budget, as well as the staffing issues.

“Our consolidative facilities plans, that’s a crucial step in being able to afford wages in the future,” Engel said. “The plans that we have would ask for new money from our community, and along the way we would be able to save $4.5 million a year. With declining enrollment our buildings are underutilized and we aren’t as efficient with our staff. Finding new ways forward with our facility is crucial to finding the savings we need to invest in our teachers.”

At the end of the day, it comes down to competing obligations, and finding the balance between retaining teachers, and being fiscally responsible, can be tricky.

“Right now with the state budgets the way they are and the declining enrollment, we simply don’t have the revenues necessary to pay teachers more than the 2%.”