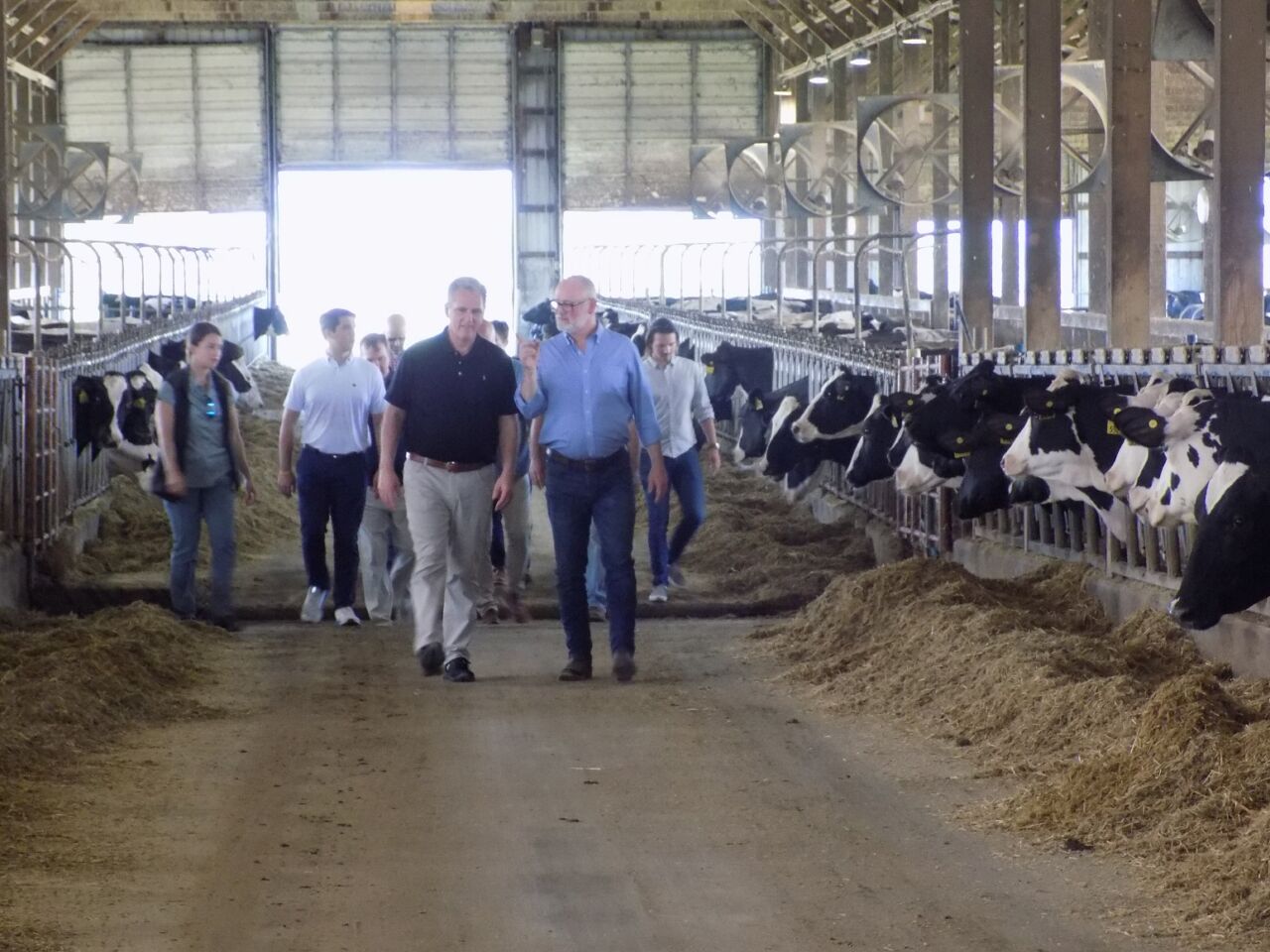 The policies promoted by Democrats running Washington are not good for farm families in Wisconsin, according to Republicans on a Wisconsin tour Monday.

“In Wisconsin, more than 90 percent of all the dairy farms are small farms,” McCarthy, who serves a farming area near Los Angeles in Congress, said. “They’re all family-owned, and this is what they’ve been doing generation after generation.

McCarthy put the blame on policies pursued by President Joe Biden and House Speaker Nancy Pelosi for hurting those farmers.

Van Orden accused Biden of wanting to revive the estate tax, also known as the “death tax, “which, mark my words, will be the death of the family farm. So in order to pass on your farm to the next generation, it has to maintain its economic viability. And when you make someone pay 30 percent tax on something they worked on their whole life, the next generation simply can’t afford it.”

McCarthy endorsed Van Orden for the 3rd District seat months ago, saying the former Navy SEAL still has “one more fight in him” — to go to Congress.