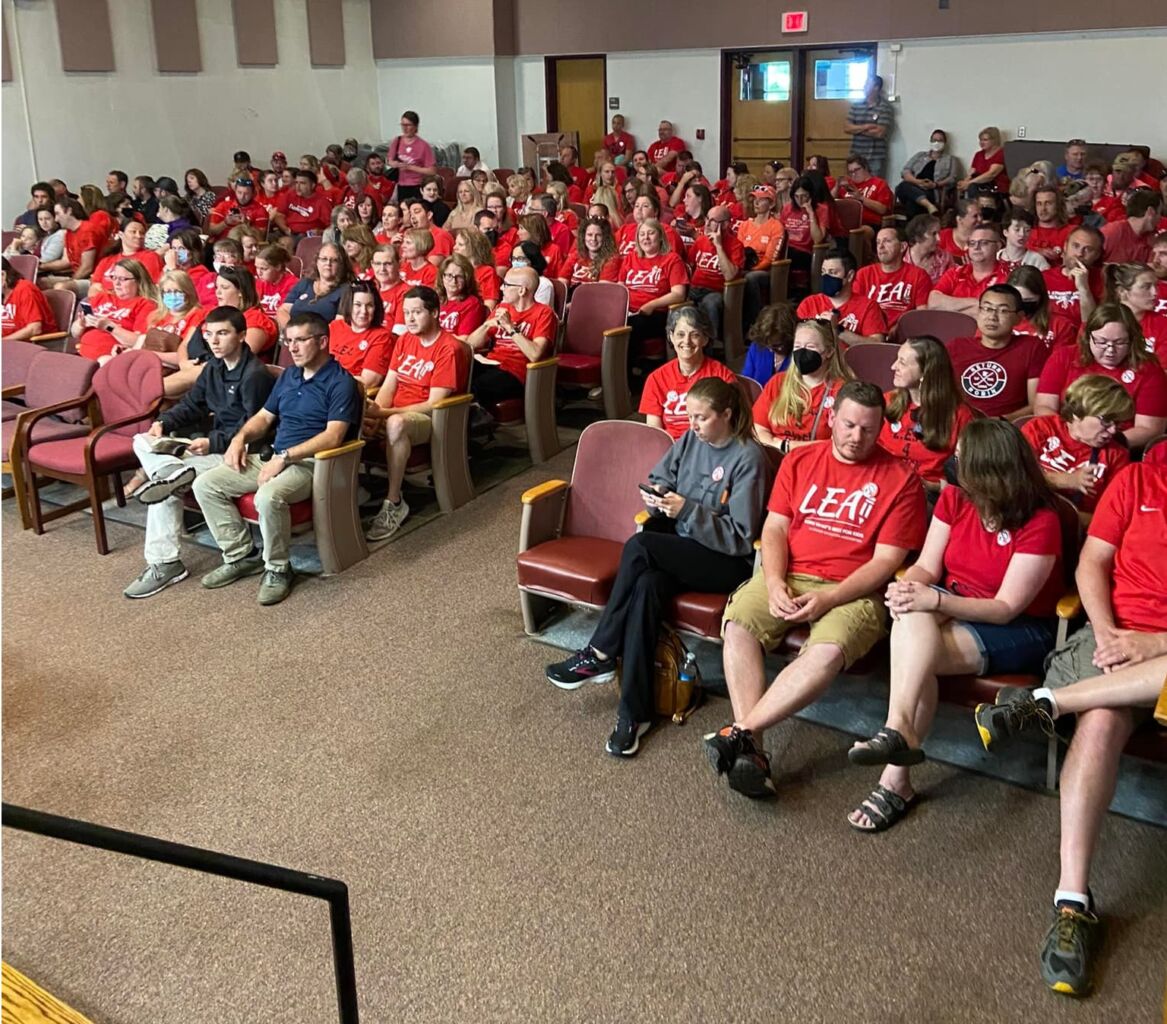 Teachers in La Crosse are again expected to ask the school board for a higher pay raise, when the board meets Monday night.

Two weeks ago, over 100 teachers attended the school board meeting and requested a nearly 5% increase. The district, however, has said the highest it can go right now is around 2.7%.

“This year they’re offering us, almost a 3% inflationary pay cut,” Central High School Spanish teacher John Havlicek — the former teachers’ union president — said Monday on La Crosse Talk PM. “We will suffer the effects of that for the rest of our careers because the cost of things generally doesn’t come down.

“So, if inflation, next year, goes to zero, that item that was $100 and is now $106 … it stays there, and our salary then has been lagging behind it for every year after.”

The local teacher union, the La Crosse Education Association, is planning a 4:30 p.m. rally at Powell Park, before Monday’s 6 p.m. school board meeting.

Due to the expected hot weather, teachers will now be driving to Hogan and entering the auditorium “en masse” for the meeting. Two members will address the board regarding salaries, after a dozen teachers address the board two weeks ago.

The district has argued that declining enrollment is one factor making it hard to support large raises in teacher pay.

La Crosse School Board president Juan Jimenez also spoke about the issue on La Crosse Talk PM. He started by mentioning that when, for example, a dozen teachers speak at the public speakers portion of the meeting, the board can only listen. It cannot offer any input or rebuttle.

“I’m a school board member, I’m a locally elected official and our teachers are advocating through their locally elected officials, and our teachers are also our community members,” Jimenez said. “I understand their plight. I understand where they’re coming from but I also have to take a look from the administrative side of things. We have to insure that we have a school district that is viable.

“Under our governance structure, our administration negotiates with the union. And so I will not insert myself into the negotiating process. That is through the superintendent and his team and the bargaining unit members and their leadership team.”