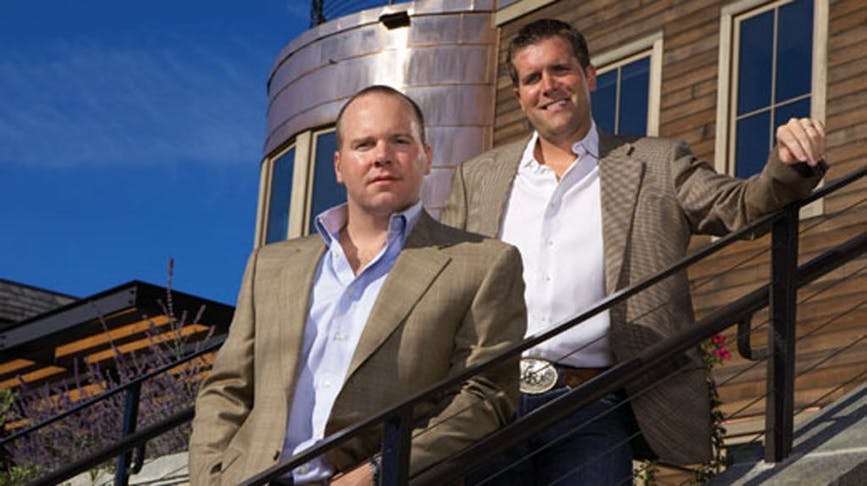 Michael Reger, right, and Ryan Gilbertson were each found liable in a securities fraud case regarding Dakota Plains.

MINNEAPOLIS (AP) — A former oil industry executive from Minnesota who co-founded a facility that loaded crude from the North Dakota oil patch onto rail cars has been convicted in a stock manipulation scheme.

A federal jury in New York on Tuesday found Michael Reger guilty of securities fraud, wrapping up a shareholder lawsuit filed five years ago against Reger and Ryan Gilbertson, the other former co-owner of Wayzata-based Dakota Plains Holdings. Reger was acquitted of insider trading.

The suit alleges that Reger and Gilbertson intentionally manipulated the price of Dakota Plains stock in its first 20 days of trading. Gilbertson was convicted in 2018 and sentenced to 12 years in prison for wire fraud, securities fraud and conspiracy to commit securities fraud.

A federal judge earlier this month preliminarily approved a $14 million settlement between Dakota Plains shareholders and several other directors and executives of the now-defunct company. Gilbertson agreed to testify against Reger as part of his settlement but he doesn’t have to pay damages, the Star Tribune reported.

Reger said he “declined to settle because I believe I did not do anything wrong and did not harm the company’s shareholders. In fact, my family was the largest shareholder in the company even when it filed for bankruptcy.”

U.S. District Court Judge Jed Rakoff will decide on any damages Reger must pay to shareholders. A third defendant in the case, Douglas Hoskins, was sentenced in 2018 for two years in prison for his role in the scheme.