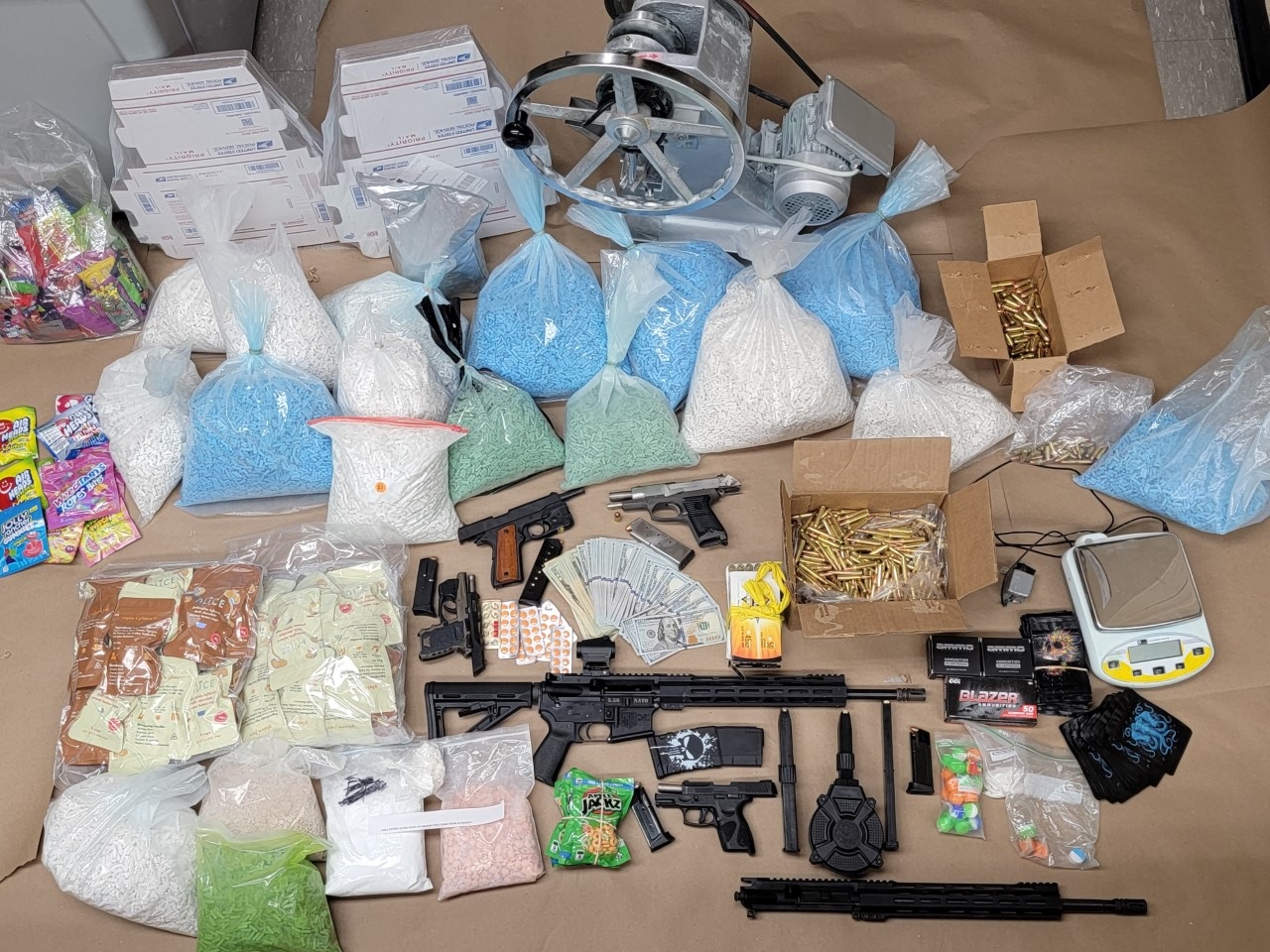 A different kind of drug bust by La Crosse Police announced Monday resulted in the seizure of over $1 million in drugs, multiple guns and ammo and an apparent pill lab.

The lab was found in a storage unit. It was police called a “pill press laboratory,” used to make Xanax.

Police also recovered what appears to be a ridiculous amount of drugs — everything from over a hundred pounds of counterfeit Xanax to cocaine, meth, among others.

Also found was a rifle, four hand guns, and a lot of ammo, including what police called a “drum magazine.”

Arrested was Jade “Justice” Deeny, who police say is a convicted felon who spent time in North Carolina prison for “drugs and guns.”

Here’s a list of what police say it found through search warrants:

Judge Todd Bjerke has set Deeny’s bond at $1 million cash, and he’s due back in court on Friday.