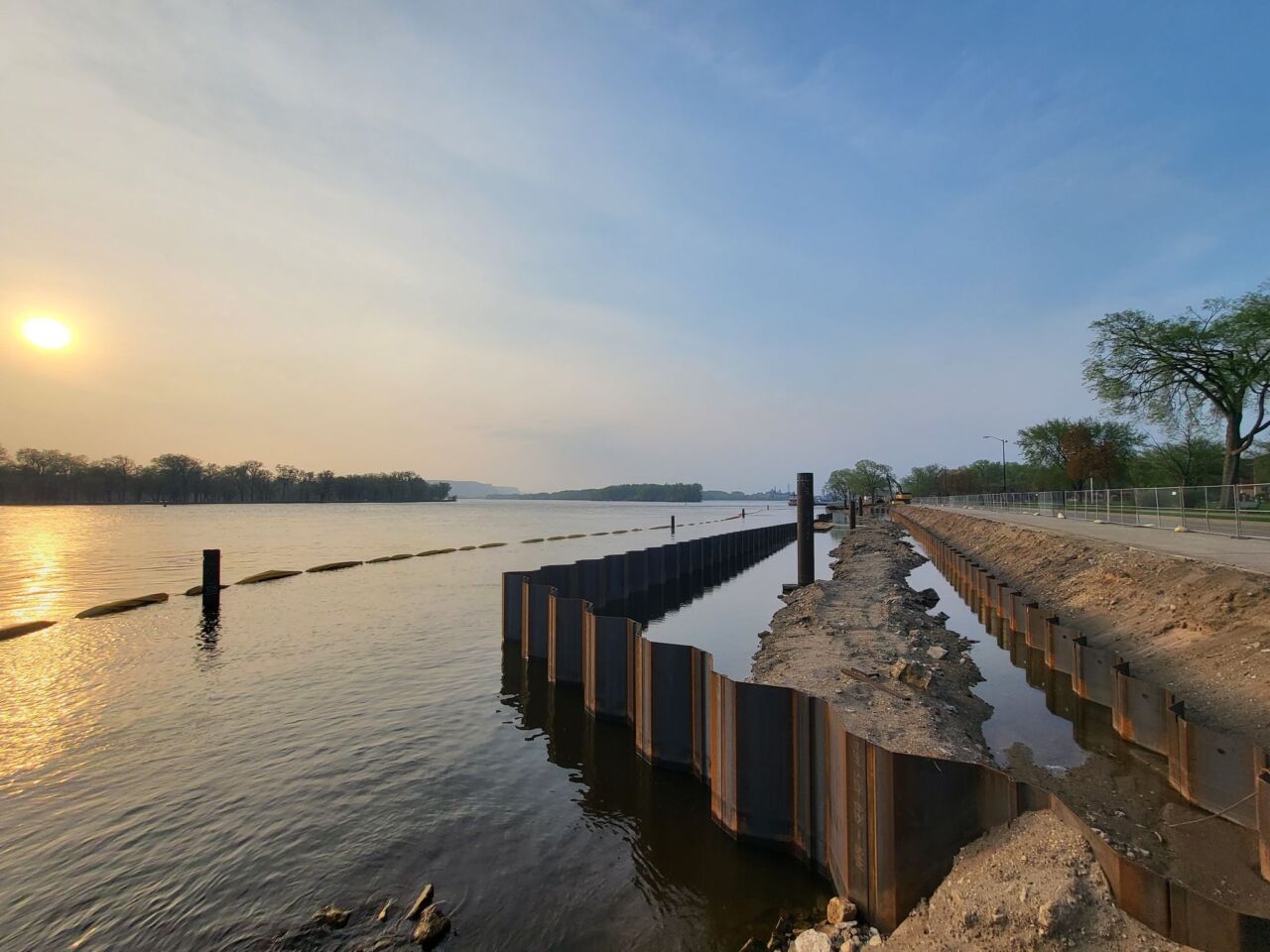 The timeline for completion of construction on the new big boat docks in La Crosse’s Riverside Park, still up in the air — or in the water.

“We’ve lost a little ground because the water’s been up about three weeks,” Jim Flottmeyer, project specialist with the La Crosse Parks, Recreation and Forestry Department, said Tuesday on La Crosse Talk PM. “So, we’re working on some alternative to be able to dock there. They can still use the old portion of that, which, if we have one boat here at a time, it works fine.”

The idea behind the $2.5 million project is to allow two of the big boat and paddlewheelers to be able to dock at Riverside Park at the same time. The first date that’ll happen is July 21, when both the Viking Cruise Ship and the American Countess paddlewheeler will be in town.

“I believe their big one’s 400-some-feet long,” Flottmeyer said of the American Queen ships, “and Vikings cruise’s ship is 450 feet long. So, it was going to be tough to fit them both at the old levy. That’s why we decided to add on north of State Street.”

That plan was put into motion 4-5 years ago, Flottmeyer said. And while the city paid upfront to install the docks, both companies will be pitching in and in more than one way.

Flottmeyer said the companies put up $300,000 to help pay the costs but will also continue to make yearly payments.

“What’s nice about this project is both American Queen Voyages and Viking Cruise Lines have given us some money towards the construction and give us lease money every year towards the maintenance of that addition,” he said.