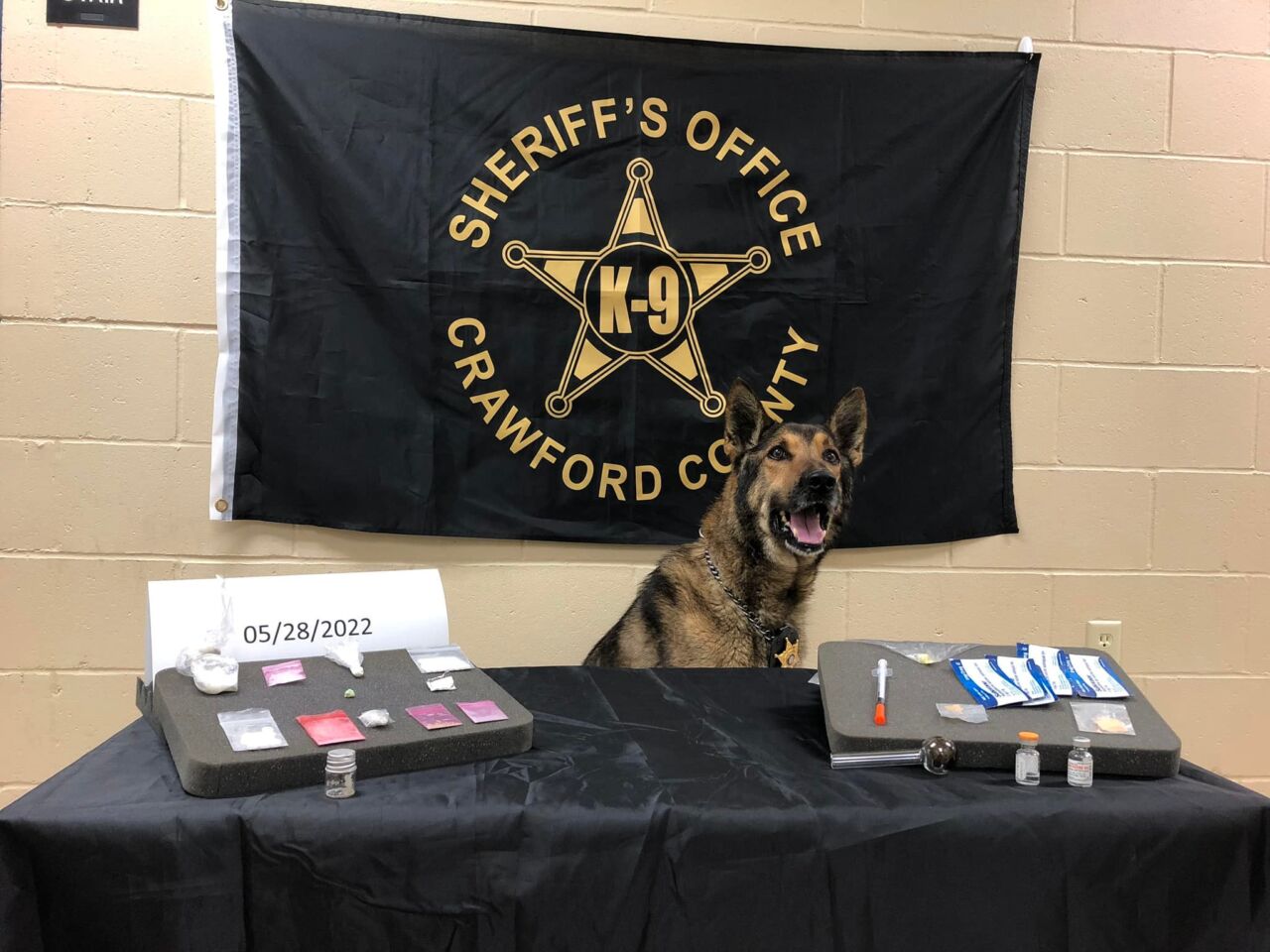 Two La Crosse and a Winona native were arrested back on May 28 for drug possession, as well as possibly stolen property.

The Crawford County Sheriff’s Department shared the info on Facebook at 9:24 p.m. Saturday.

It said the department got a call from a “concerned citizen” that the three appeared “under the influence of drugs and acting strange at a local business,” in Ferryville, Wis. — about 30 miles south of La Crosse.

The Sheriff’s Department identified the blue Chevy Blazer they left in, and noticed it had two different license plates, and as several “equipment violations.”

All three had active bond conditions in other counties for drug related charges, as well, the post said.

The post does not state what possessions were suspected stolen or the amount of each drug that was confiscated.

All three received various possession charges, as well as possession with intent to deliver and bail jumping.

Bullis was also charged with operating with a restricted controlled substance and for a suspended license, no insurance, and false plates, as well as those equipment violations.