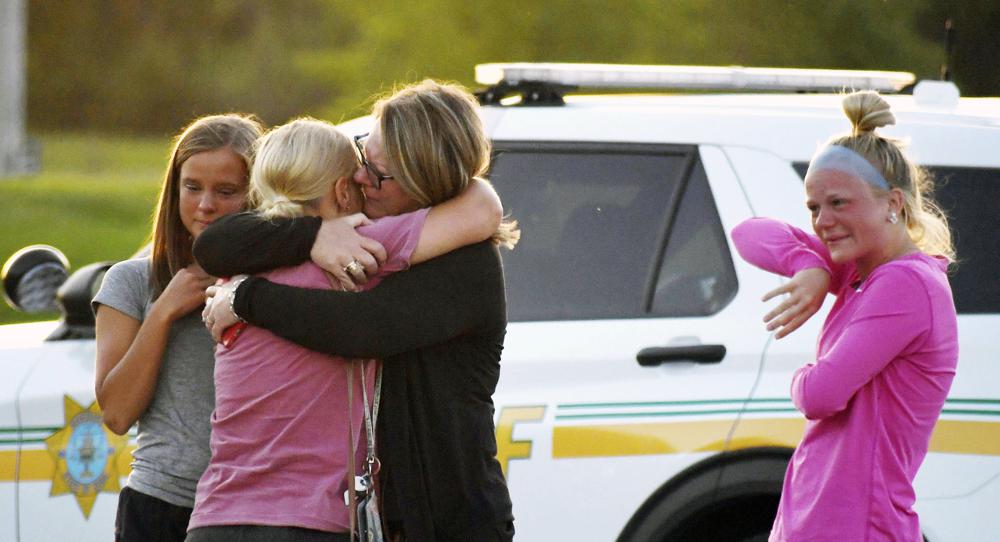 People console each other after a shooting at Cornerstone Church on Thursday, June 2, 2022 in Ames, Iowa. Two people and a shooter died Thursday night in a shooting outside a church in Ames, authorities said. (Nirmalendu Majumdar/The Des Moines Register via AP)

AMES, Iowa (AP) — A man shot two females to death and then apparently killed himself Thursday night outside a church in Ames, authorities said.

The man killed the two females outside the Cornerstone Church, a megachurch on the outskirts of Ames, Story County Sheriff’s Office Capt. Nicholas Lennie told the Des Moines Register. Investigators didn’t know the ages of those killed, Lennie said.

The shooter appeared to have then shot himself but his death is still being investigated, Lennie said.

The church is near Interstate 35, about 30 miles north of Des Moines.

The sheriff’s office didn’t identify those killed or give details about what led to the shooting. A news conference is planned Friday morning.

The sheriff’s office said it received multiple calls at 6:51 p.m.