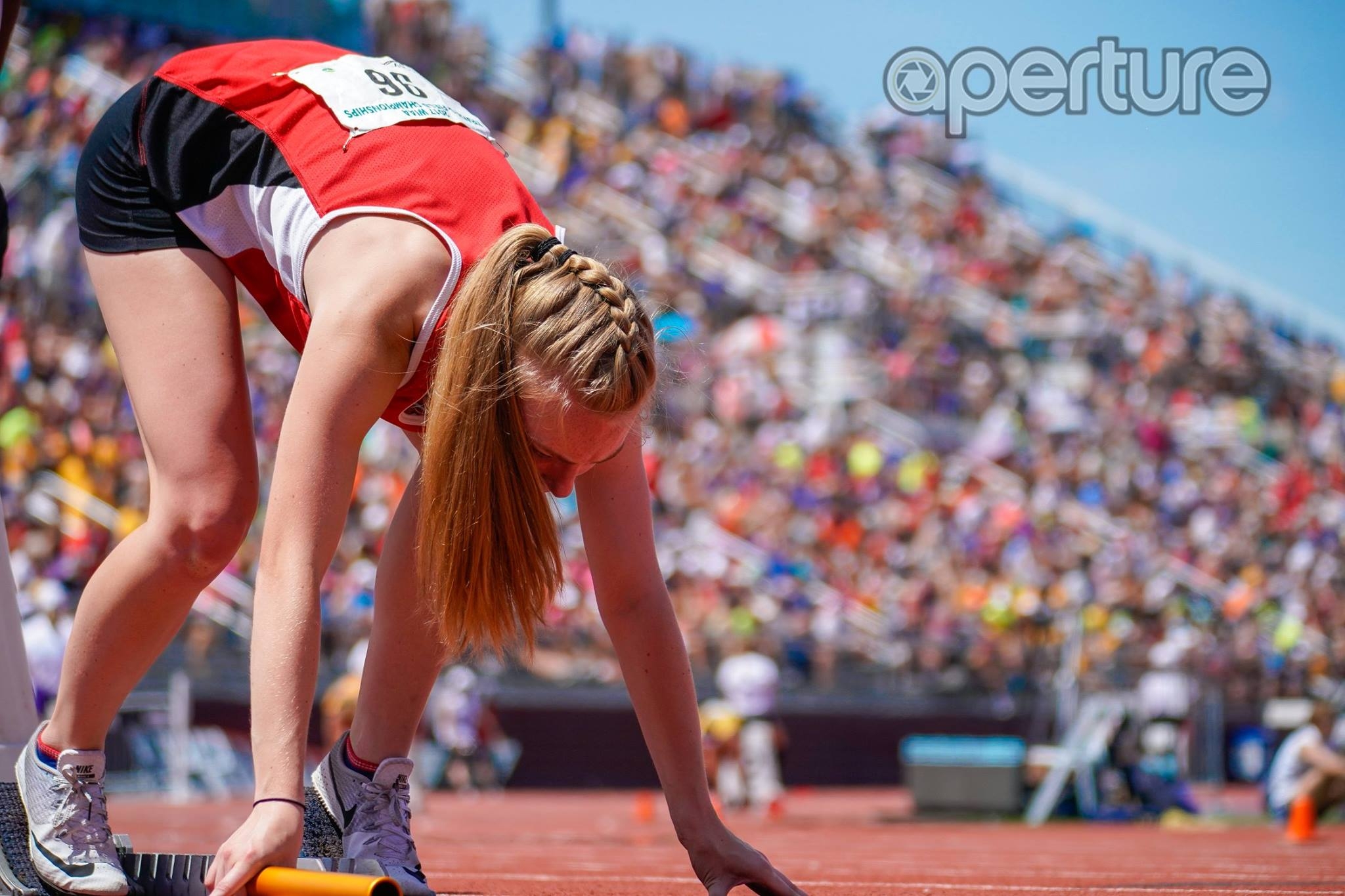 FILE - A runner gets ready to race at the 2017 WIAA state track and field meet at UW-La Crosse. (PHOTO: ApertureBySteveDavis.com)

Of all the WIAA state events to be hosting, when it comes to bringing in a diverse crowd from all over Wisconsin, track and field may be the best.

“Football obviously does really well,” Explore La Crosse’s Jeremiah Burish told WIZM. “Basketball does really well. But, man, track, it brings in a ton. There’s no question about it — 3,000 athletes, 21,000-plus people over two days.”

This is the 126th boys track and field championships and 51st girls event.

The University of Wisconsin-La Crosse has hosted the meet since 1990 and will continue to do so through 2026, after coming to a deal with the WIAA and Explore La Crosse a few weeks ago.

The projected annual economic impact of the state meet in the La Crosse area is approximately $4 million. The uniqueness of the two-day event, which begins Friday, does allow those who visit to often explore the area.

“They definitely want to get a taste of what’s here, while they’re here,” Burish said. “And I don’t mean that just in a restaurant sense. But, as a flavor of the city and the region.

“Yeah, they’re doing a lot of those little attraction things. I’d be lying if I said there’s any one thing. There’s just so much here, so I think they’re just trying to take in a little bit while they have a minute to do so.”

It’s those attractions, like Grandad Bluff, and the area’s infrastructure — hotels and restaurants — that play a part in keeping something like the state meet in La Crosse.

Burish, who is the director of sports and events, said Explore La Crosse does keep tabs on what the rest of the state is doing when it comes to hosting events like this.

Facility upgrades could sway those events to move from one city to another. That’s partially what happened for the girls basketball state tournament a few seasons ago, with the city hosting it in the newly renovated La Crosse Center.

“We absolutely keep our eye on that,” Burish said. “There’s no question about it. Fortunately, UW-La Crosse built one of the best facilities, really in the Midwest — with Veterans Memorial Sports Complex. And now with their expansion to the indoor sports complex that they are building that will be done this fall, that is only an enhancement to that whole setup.”

The new indoor facility only solidified the WIAA’s decision to keep the state meet in La Crosse, as it will be utilized to help house athletes, allow them to warm up and even run some events indoors if there’s inclement weather.

UW-L has averaged 21,000 in attendance the five years prior to the pandemic. The meet was canceled in 2020, then re-formatted last season when it was a three-day event without a grand finale championship and held to 5,000 spectators.

This year it’s back to two days, with each division competing on Friday in separate meets and then all three divisions stage the championship events Saturday in what always ends up being a spectacle.