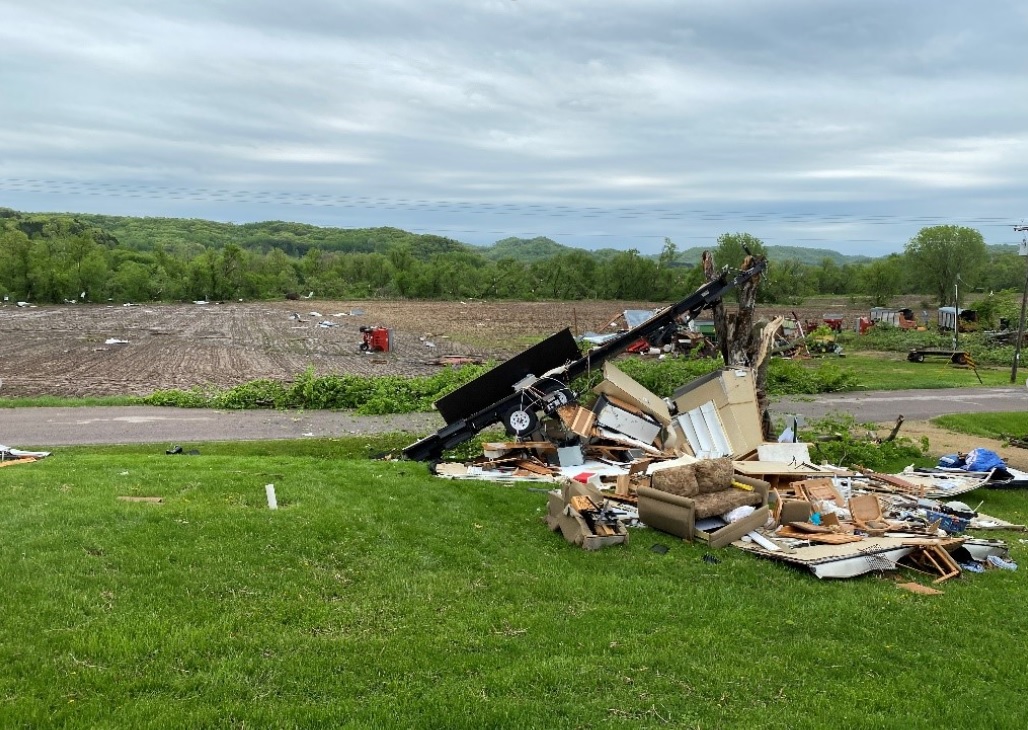 An EFO tornado touched down in the Town of Wells on May 18, 2022. (PHOTO: Monroe County Emergency Management)

A tornado near Sparta, Wis., last week was short-lived, but did significant damage, including sending a camper 100 feet through the air and into a tree.

The EF0 tornado hit two properties on Javelin Road in the Town of Wells, which is five miles south of Sparta, Monroe County Emergency Management said in a news release.

The tornado length was .27 miles long. It had maximum wind speeds of 85 mph.

Along with sending that camper flying, it also did significant damage to a shed with farm equipment. Some ended up flipped over while others were blown into a field, the department stated.

The Elroy-Sparta Bike Trail also had some tree damage. The Wisconsin Department of Natural Resources is in the process of cleaning to get the trail re-opened for the weekend.