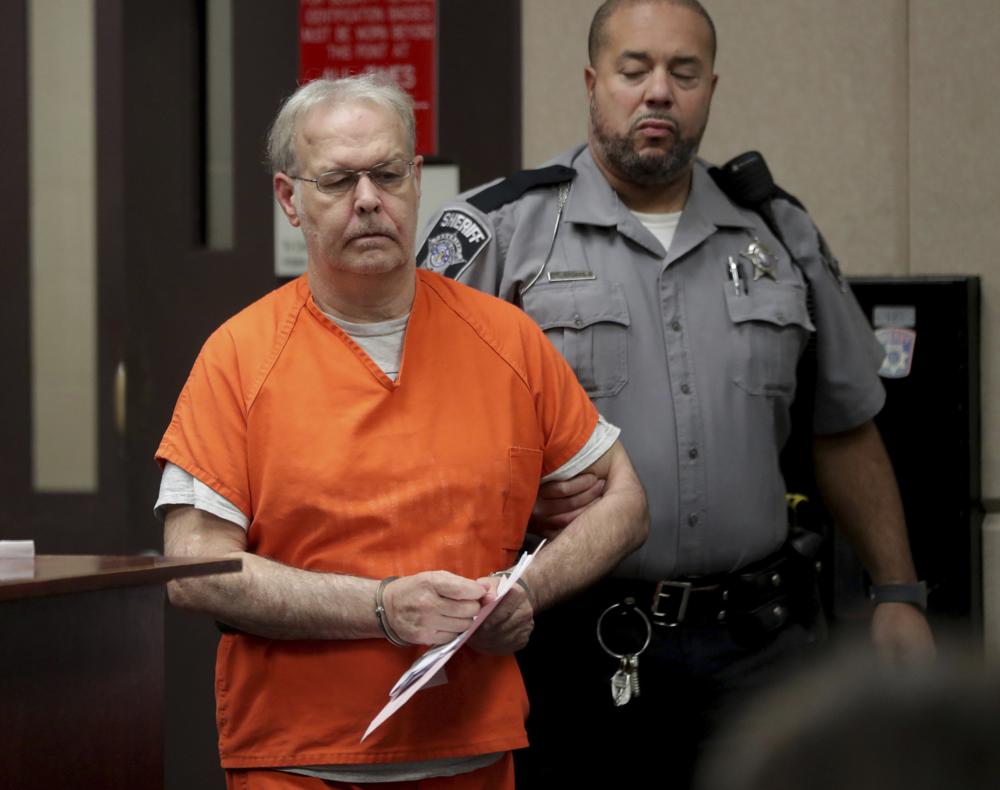 MADISON, Wis. (AP) — A judge sentenced a white Wisconsin man to a decade in prison for throwing acid in a Latino man’s face in a racist attack at a Milwaukee bus stop.

Milwaukee County Circuit Judge Jean Marie Kies told 64-year-old Clifton Blackwell on Wednesday that he acted with hate when he threw the acid on Mahud Villalaz in November 2019. She said he wasn’t provoked and that his behavior was “diabolical.”

“We’re all different from one another. … When we let those differences cloud our judgment, that’s bias or prejudice or discrimination, and in this instance it is hate,” the judge told Blackwell. “I’m sure (the acid) was absolutely painful. And you caused him emotional distress that I think is never going to heal. You made him feel he’s not worthy and that’s diabolical.”

Villalaz testified that the vision in his left eye was permanently damaged by the attack, and the judge said Villalaz suffered second-degree burns.

Blackwell attended the hearing in a wheelchair dressed in a jail jumpsuit. Asked if he had anything to say before the sentence was handed down, he said Villalaz “still scares me very much.”

“I regret that it all happened,” he said. “I’m still scared I could drop dead of a heart attack right now as far as I know. I would definitely do it differently.”

Blackwell’s attorney, Michael Plaisted, asked Kies to sentence Blackwell to two to three years in prison. He argued that Blackwell isn’t part of any hate group and he was carrying the acid only to protect himself. He noted that Blackwell has been diagnosed with multiple personality disorders.

Plaisted acknowledged that Blackwell might have decided to argue with Villalaz because of his ethnicity, but he said Blackwell wasn’t trying to provoke a fight.

“I don’t think anyone should take too much from what’s happened in this case, although I think people have based (their perceptions) on limited information,” Plaisted said. “He was not out that day to hurt anyone, but he did and he stands here convicted.”

Kies said she didn’t hear any remorse from Blackwell and that she needed to send a message to the community that attacking people because of their race isn’t acceptable.

“You don’t tolerate other people,” the judge told him.

Blackwell was waiting for a bus when he told Villalaz that he had parked his truck illegally in a bus stop zone outside of a restaurant, according to prosecutors. Blackwell could be seen on surveillance video retrieving a bottle of acidic drain cleaner from his satchel.

Villalaz moved his truck and headed back toward the restaurant. He argued with Blackwell again and Blackwell threw the acid in his face.

A jury convicted Blackwell last month of first-degree reckless injury with use of a dangerous weapon as a hate crime. Jurors rejected Blackwell’s arguments that he was frightened because Villalaz was so angry and that he splashed Villalaz with the acid as Villalaz was preparing to hit him.

Villalaz, a U.S. citizen who immigrated from Peru, testified that he was angry because Blackwell told him that he had invaded his country and should “go back.”

Kies tacked five years of extended supervision onto Blackwell’s sentence, telling him that Villalaz is as much of a U.S. citizen as he is.