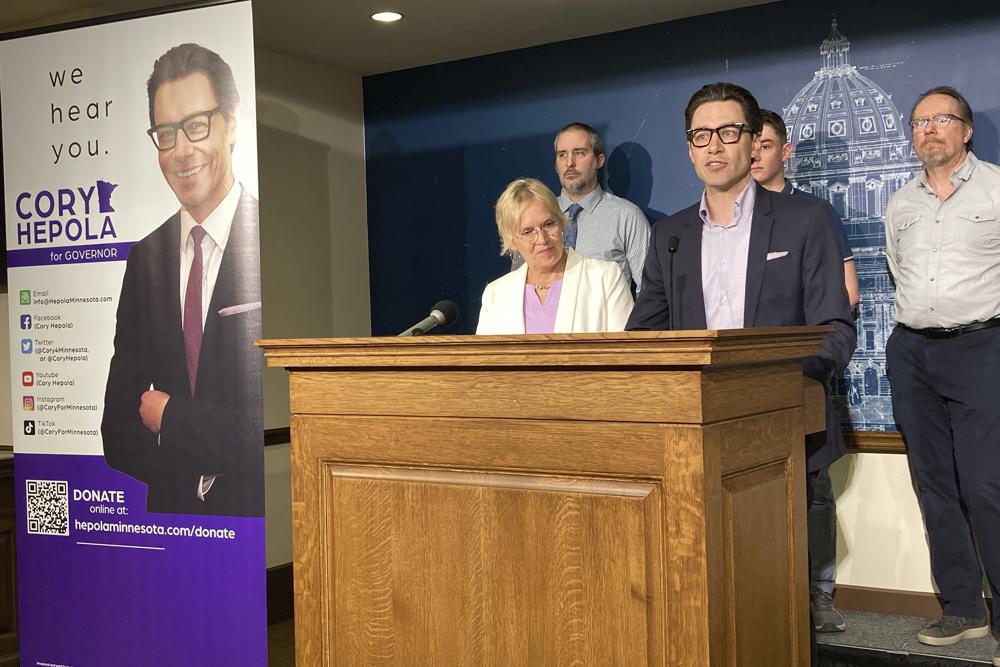 Former broadcaster Cory Hepola, center, who's running for governor with the upstart Forward Party of Minnesota, named school administrator Tamara Uselman, left, as his running mate during a news conference Tuesday, May 27, 2022, at the State Capitol in St. Paul, Minn. (AP Photo/Steve Karnowski)

“I’m pretty passionate about creating an education system that is ready to deliver what kids need today,” Uselman said at a news conference. “I also believe strongly that taxpayers deserve an academic return on their investment for education.”

Hepola said he will unveil an education platform next month that will include “streaming schooling” as an option so kids, no matter where they live, can choose to focus on things like science, technology, engineering, mathematics or language arts. He said it would be in addition to in-person classes, not like the distance learning that schools used earlier in the pandemic.

Democrats have criticized Hepola as a spoiler because of the chance that he could peel away votes from incumbent Gov. Tim Walz in what’s expected to be a close election. Hepola said, however, he’s also hoping to attract moderate Republicans turned off by the GOP endorsee, Scott Jensen.

Uselman said she hasn’t been politically active before, and has voted for Republicans and Democrats, including Joe Biden for president in 2020.