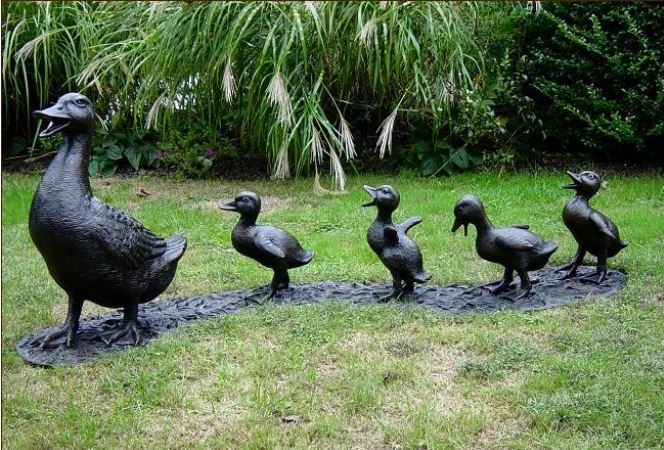 La Crosse’s Riverside Park could soon be the home of a permanent family of ducks, made of bronze.

The family of former La Crosse city clerk Aubrey Kroner and her husband George would like to donate a sculpture of a mother duck and four ducklings to the city.

The Kroners’ daughter Barbara says the family would like the sculpture along the riverfront, close to the La Crosse Queen dock, but park officials also have suggested Myrick Park as an alternate site.

Aubrey Kroner was La Crosse city clerk for almost 20 years, from the 1970’s to the 90’s.   Members of city park board wonder whether people could trip over the statues, or whether real ducks might be confused by the unreal ones.

The preferred site for the bronze ducks is where live ducks often gather to feed, a short distance from where the Hiawatha statue used to stand.