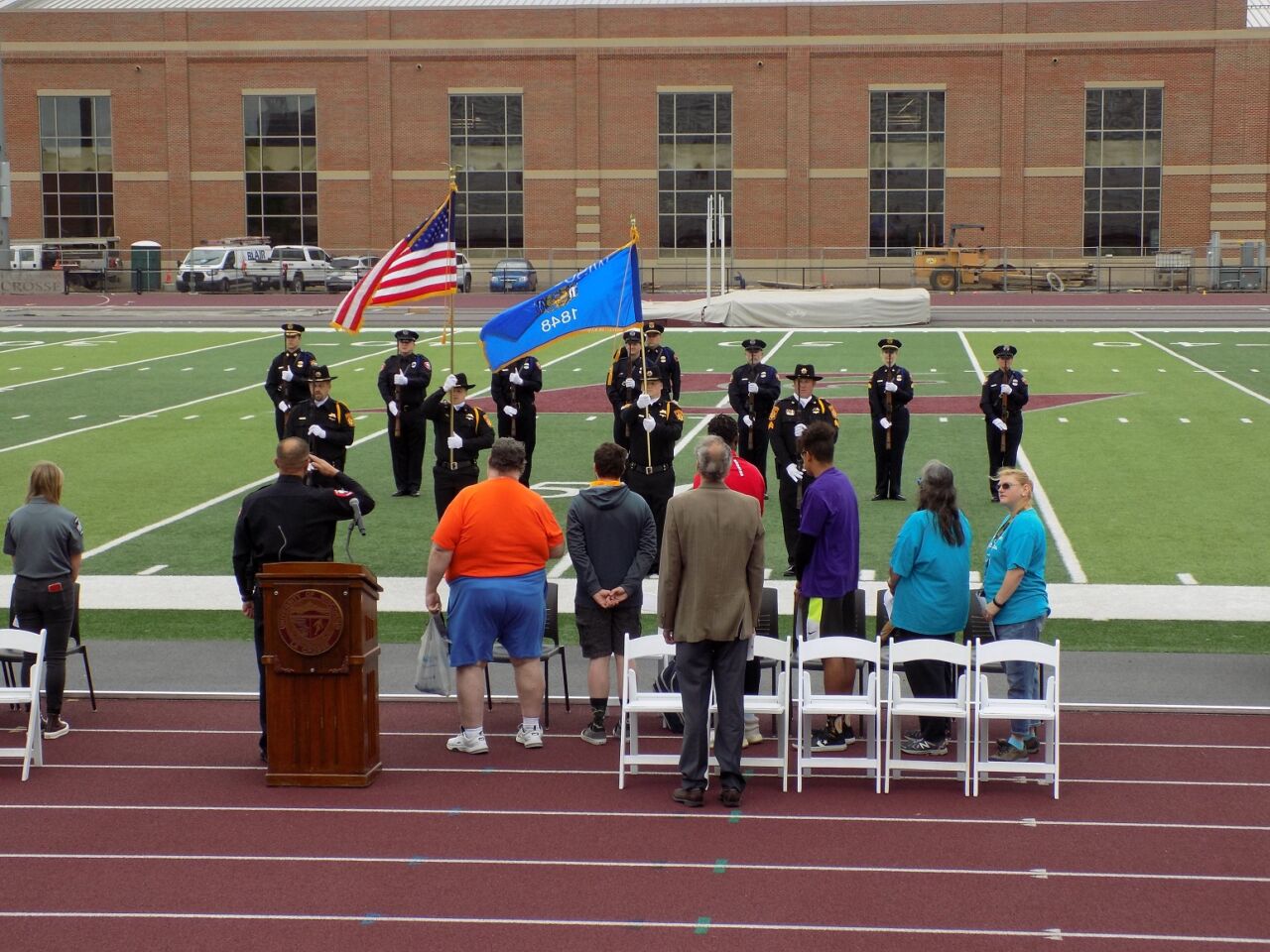 A familiar annual ritual, in a new location

UWL police chief Allen Hill says it was a privilege to have the ceremony on campus. “It goes around the county from different departments, and for this year they reached out and asked if we would be interested in hosting,” says Hill, calling it a “great opportunity for the university.”

La Crosse County Sheriff Jeff Wolf says the national day to remember law enforcement dates back to 1963, and a declaration by President John F. Kennedy for “Law Enforcement Police Week” during May. Wolf said Wednesday was a day “to celebrate not only police week, but National Emergency Dispatcher Week, which was previously National Correctional Officer Week.”

Hill says the ceremony recognized hundreds of law officers in the U.S. who died in 2021, with about 300 of those deaths resulting from COVID-19.   The La Crosse Police also had a separate ceremony Wednesday at the Black River Beach center, recognizing city police officers who have saved lives or performed other outstanding duties in the past year.