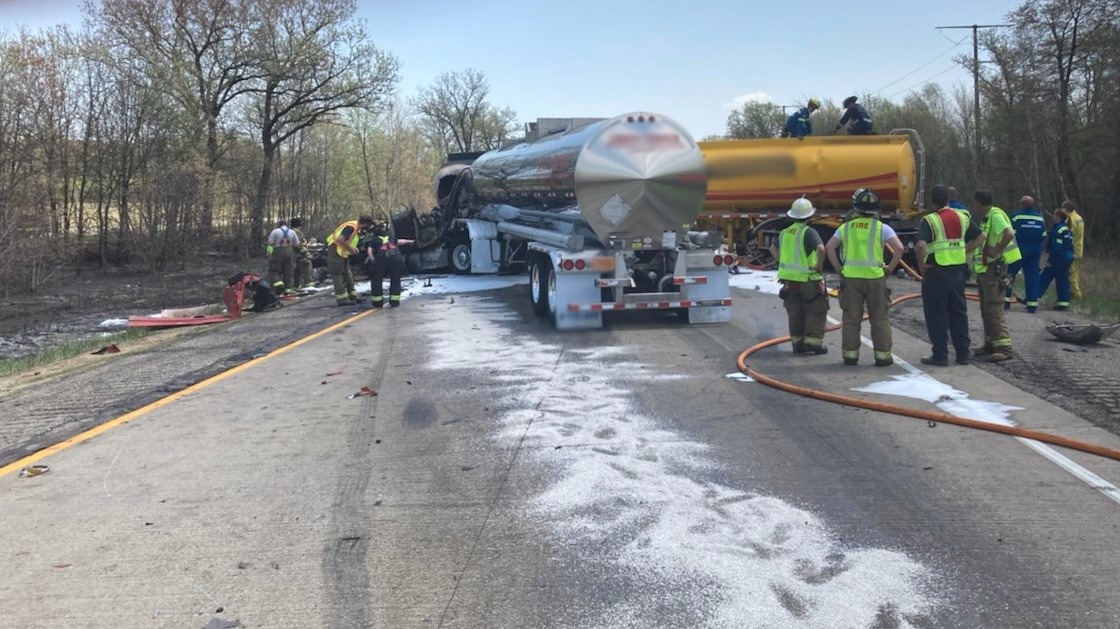 Crews work to clean up Interstate 90/94 on Friday, May 13, 2020, after two semis crashed into each other eastbound. (PHOTO: Wisconsin State Patrol — Tomah Post)

Both drivers were hurt and taken to the hospital.

An alternate route was established while crews responded to the scene.

The crash remains under investigation.