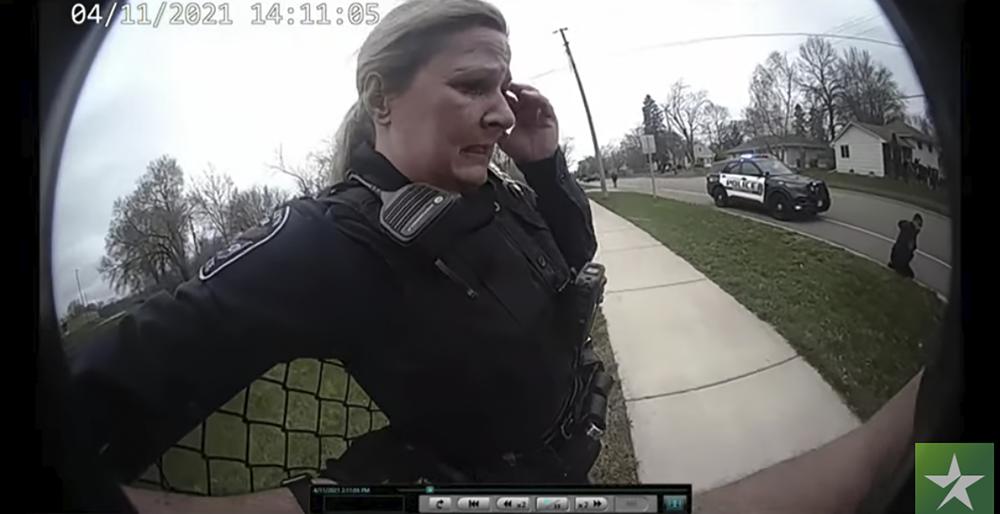 BROOKLYN CENTER, Minn. (AP) — The mother of Daunte Wright, who was fatally shot by a suburban Minneapolis police officer, said she was injured while she was briefly detained by one of the same department’s officers after she stopped to record an arrest of a person during a traffic stop.

Katie Wright said Thursday she was worried about what the Brooklyn Center officers might do to the person being handcuffed when she pulled over on Wednesday night. In April 2021, her 20-year-old son, who was Black, was killed during a traffic stop by Kim Potter, a white officer who said she confused her handgun for her Taser.

“All I was doing was my civic duty to pull over and make sure that those babies got home safe to their families because I don’t want what happened to me to happen to any other families,” Wright said.

It’s legal for citizens to film police in Minnesota a

https://youtu.be/0veaeImbDr8s long as they don’t interfere with officers, according to the state’s ACLU chapter. The Associated Press left a message Friday asking whether the officer involved would face discipline.

Brooklyn Center police released body camera video that shows an officer crossing several lanes of traffic on Highway 252 and asking Wright for her driver’s license. Wright refused, telling the officer she didn’t need to show him her license because she hadn’t been pulled over.

The officer then pulled her out of her vehicle, took her phone and placed it on the roof of her car before leading her toward a grassy median while holding her arm behind her back. Wright said the officer grabbed her so forcefully that he injured her wrist.

Wright told him her name and said “you guys killed my son. I’m going to videotape them,″ gesturing to the other officers. The officer told Wright he would send her a ticket in the mail and both returned to their vehicles.

Brooklyn Center police union President Chuck Valleau praised the officer for what he called a “professional response and restraint during the incident.”

Along with the video, the Brooklyn Center police department released a statement that said the footage was released “in an effort to promote public safety and dispel widespread rumor or unrest.”

Potter shot Daunte Wright as former Minneapolis police officer Derek Chauvin ’s trial was getting underway last year in the killing of George Floyd and tensions were high in the area. Wright’s death sparked several nights of protests in Brooklyn Center and revived painful memories of the sometimes violent unrest that erupted after Floyd’s death in May 2020.

Potter, who resigned following the shooting, was convicted in December of manslaughter and sentenced this year to two years in prison.