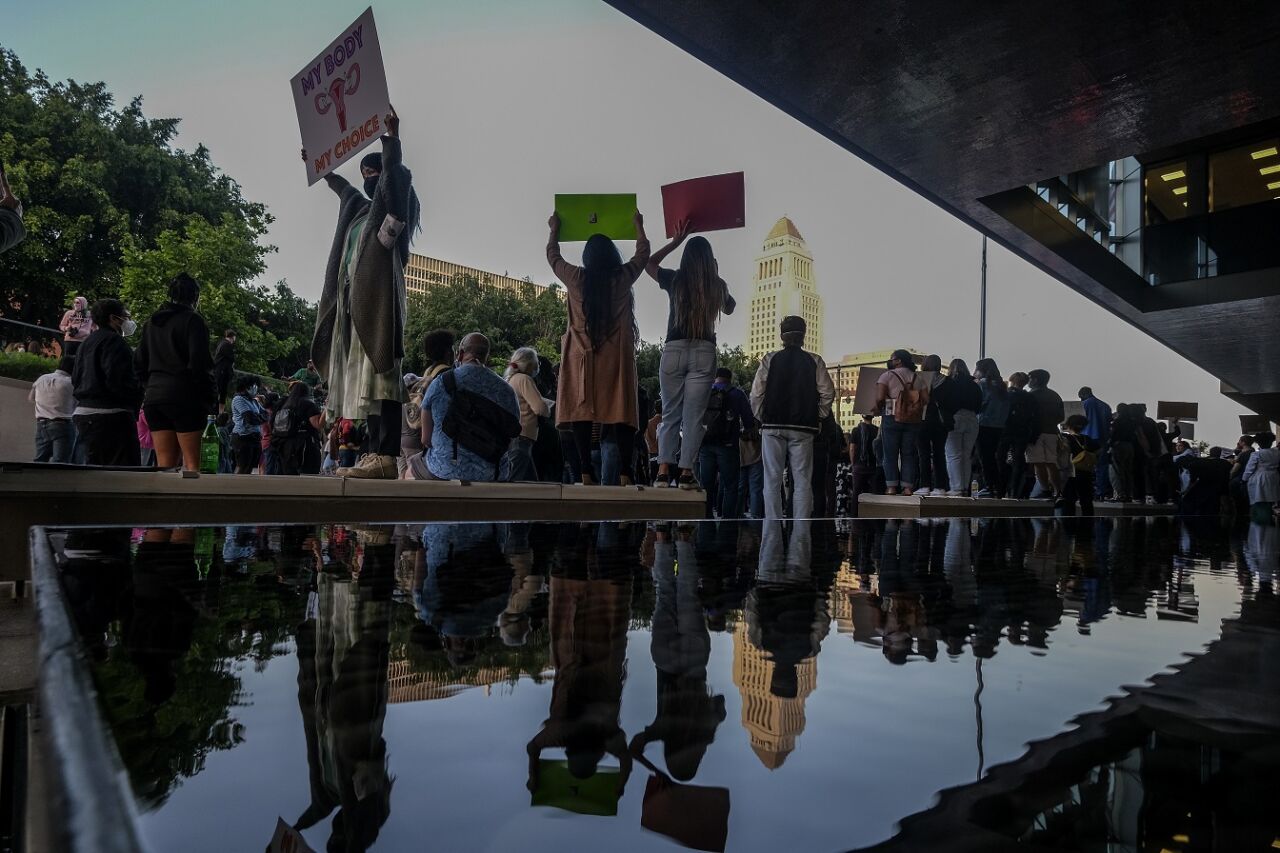 FILE - Demonstrators are reflected in a pond as they protest outside of the U.S. Courthouse in response to a leaked draft of the Supreme Court's opinion to overturn Roe v. Wade, in Los Angeles, March 3, 2022. (AP Photo/Ringo H.W. Chiu, File)

ST. PAUL, Minn. (AP) — A lawsuit challenging Minnesota’s restrictions on abortions that was set to go to trial next month has been delayed indefinitely, under an order from the Minnesota Court of Appeals.

The appeals court said late Tuesday that the lawsuit, filed by Gender Justice and other groups that support abortion rights, can’t proceed while the state’s appeal over which parties have legal standing to participate is pending. It’s not clear how long that appeal will take.

The trial was due to begin June 27 in Ramsey County District Court before Judge Thomas Gilligan, who had expected it to take three weeks.

If the U.S. Supreme Court follows through on a leaked draft opinion to strike down the landmark Roe v. Wade decision, abortion will still be legal in Minnesota. A 1995 state Supreme Court ruling known as Doe v. Gomez established a right to abortion under the Minnesota Constitution.

Gender Justice and its allies are challenging a list of restrictions that Minnesota has enacted over the years, including a 24-hour waiting period, a requirement that minors notify both parents before getting an abortion, and a requirement that only doctors can perform abortions. The lawsuit relies in part on precedents set in Doe v. Gomez.

“We know our case will ultimately move forward to the merits,” said Jess Braverman, legal director for Gender Justice. “The question now is when. We are weighing all available legal options at this time.”

Democratic Attorney General Keith Ellison, whose office is fighting the lawsuit, told reporters Wednesday that he strongly supports abortion rights. But he said his office has the legal obligation to defend all state statutes, and that changing the laws should be up to the Legislature.

“I want to be real clear: there’s not one of these impediments to abortion that I would have voted for as a legislator, said Ellison, a former state representative and congressman. ”I would have voted against all of them. I think they’re all bad policy.”