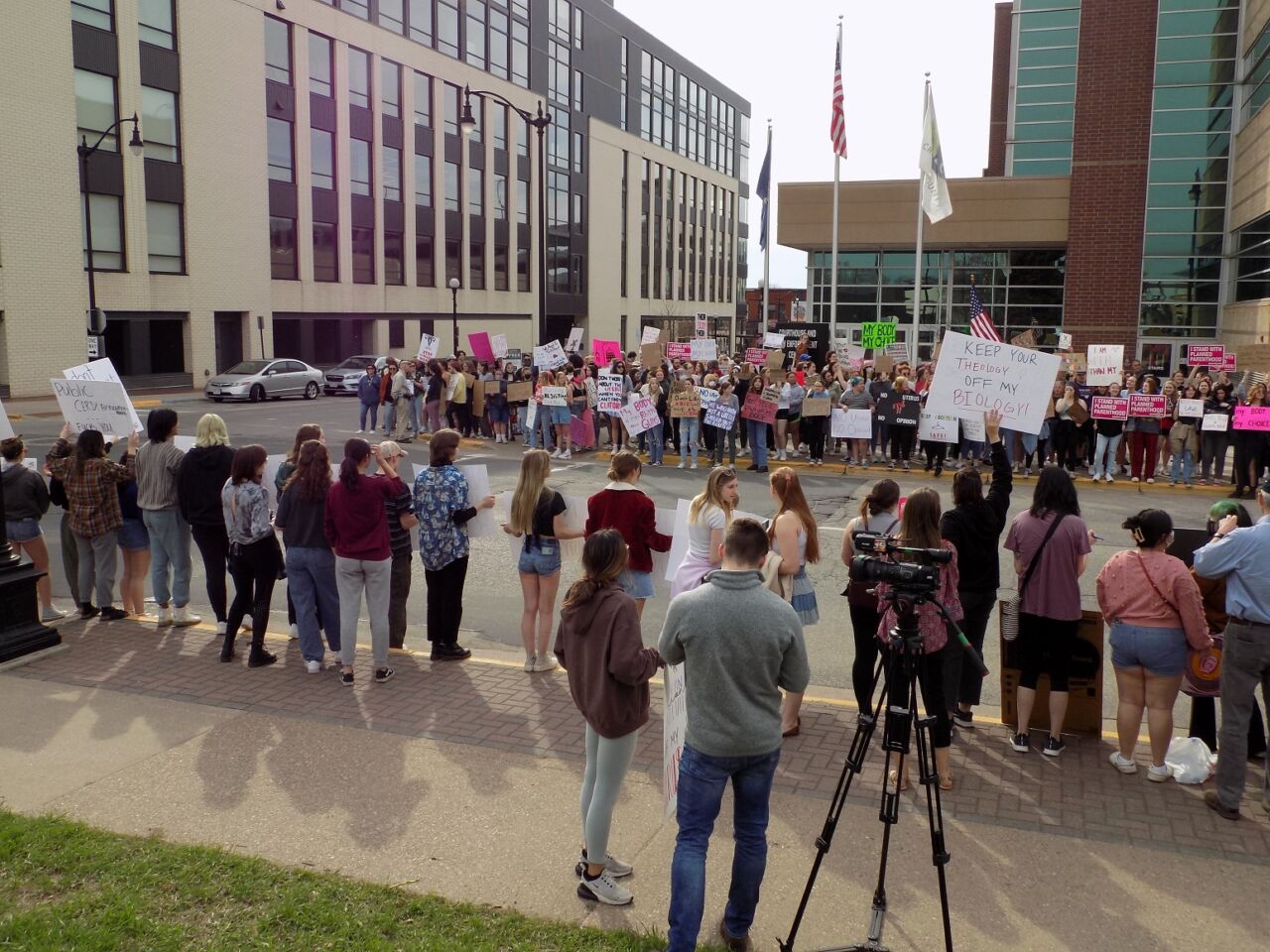 About 200 people in La Crosse joined residents of other cities around the U.S. to rally for abortion rights.

Demonstrators holding signs gathered outside the La Crosse County courthouse on Thursday, on both sides of 4th Street, to protest against an apparent plan by the U.S. Supreme Court to overturn the Roe vs. Wade decision.

Wisconsin Lt. Gov. Mandela Barnes, running against Ron Johnson for U.S. Senate, was among Democratic candidates who spoke to the crowd.

La Crosse County Democratic Party chair William Garcia told the crowd that Republican Johnson has led efforts to “pack” the Supreme Court with conservatives, for the purpose of outlawing abortion.

Area Congressional candidate Deb McGrath also was among the speakers.

“I’m the only mom in this race,” she said, “and I say hell no, Roe won’t go,” leading spectators in a chant.

McGrath said “women get this done” in Washington, along with “men who love them.”

Wisconsin “will go back to an 1849 law, that bans everything” related to abortion if Roe is overturned, Pfaff told the crowd. “The legislature in Madison has to act.”

After the courthouse rally, protesters walked down to the riverfront, carrying posters promoting women’s rights.