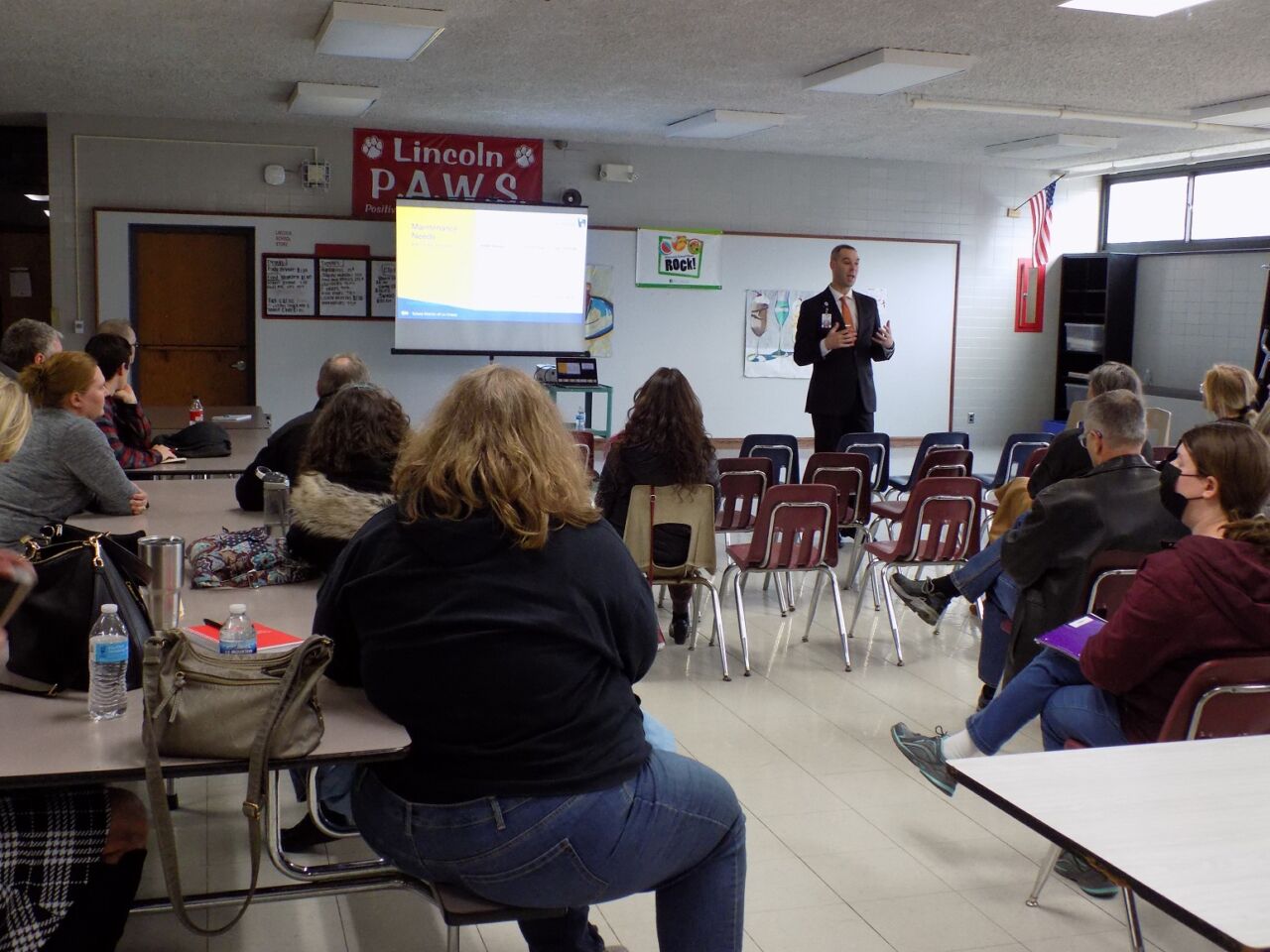 A nearly $200 million building plan for the La Crosse school system is getting mixed reactions from district residents.

About 40 people attended an input session at Lincoln Middle School Wednesday night, to hear about consolidation plans which could go to referendum this fall.

Superintendent Aaron Engel says a new high school, combining Central and Logan, might be ready in time for the class of 2027 to graduate.

“It takes about a year to design something of this scale, and it takes almost three years to build,” Engel says. “The current 7th grader would likely be the first graduating class.”

One woman speaking at the meeting said it would be “crazy” to think that north-side students should have to take buses to a south-side school.  Another speaker worried that college students who don’t live full-time in La Crosse might get to decide a building referendum in a way families wouldn’t like.

Engel says the district has looked at many locations to find one which would be big enough to hold a high school for 1700 students.

“Football games and other sports might have to be played away from a new high school.