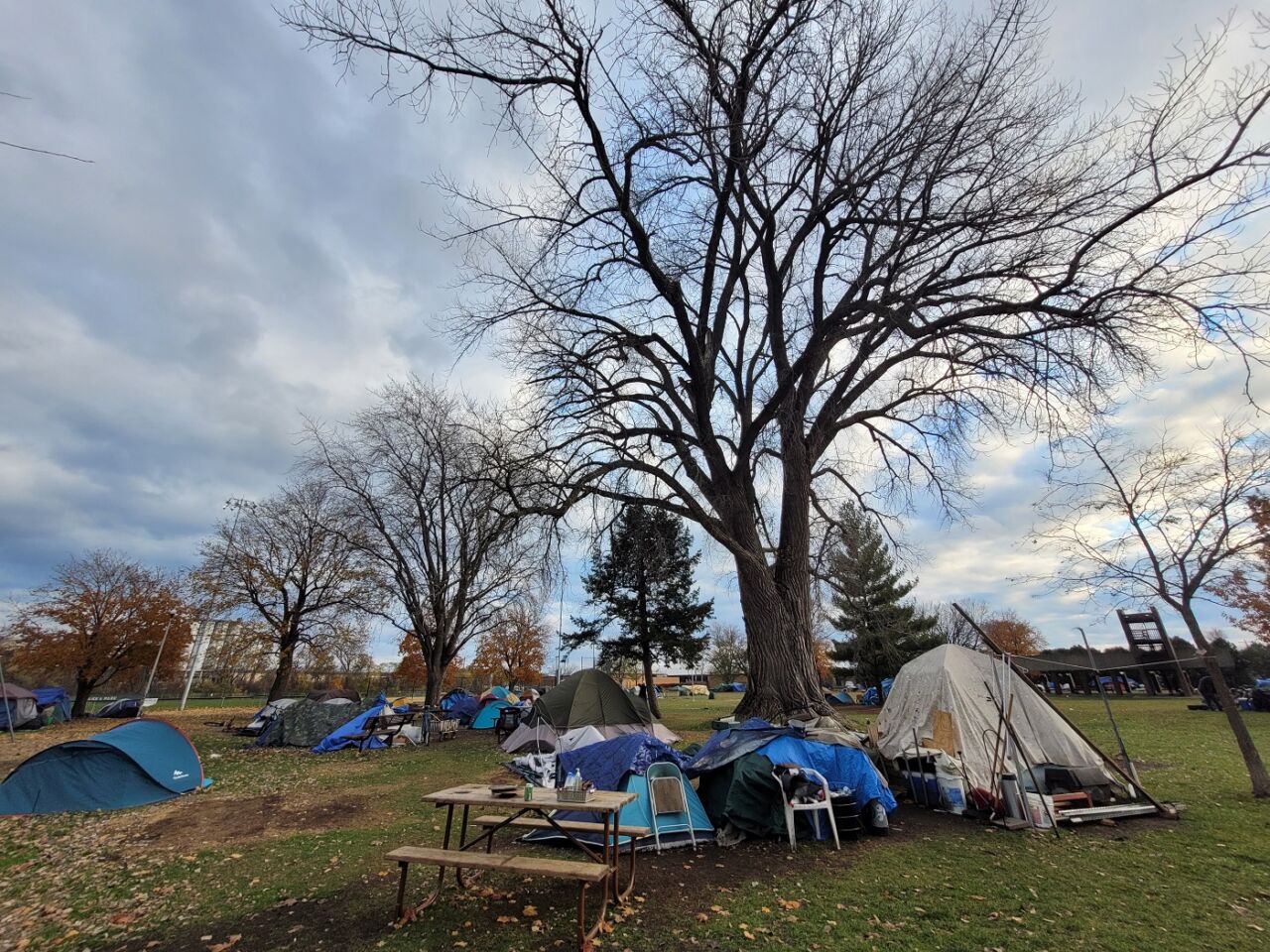 FILE - Tents cover Houska Park in mid-November, just before the city of La Crosse moved the homeless population out of Houska Park and into the Econo Lodge for winter, (PHOTO: Rick Solem)

The city of La Crosse should go into more detail Wednesday about its plan to help the unsheltered.

Monday, the city released details on how it plans to handle hosting homeless people at Houska Park, which was designated a campground through Oct. 30.

The city has provided rooms for the homeless at the Econo Lodge since November at a cost of about $900,000, which was taken from American Rescue Plan Act funding from the federal government. That plan ends April 30.

The city is working with nonprofits to provide onsite support services at Houska from 8 a.m. – 8 p.m. seven days a week.

“Our plan is to provide one safe space for individuals experiencing homelessness,” La Crosse Homeless Services Coordinator Brian Sampson said in a statement.

Security will also monitor Houska, making nightly checks through the park after hours. Additional staff will also help clean and maintain the facilities.

The Houska Dog Park will be relocated to Wittenberg Park on the north end of the city (map) for the season, as well.

Donations are also being accepted at the La Crosse R.E.A.C.H. Center.

“In an effort to make the best use of supplies, donations should only be brought directly to the Center at the designated day and time and not to the park,” the city noted in a news release.

Any questions can be directed to Heidi Svee, chair of the Coulee Collaborative to End Homelessness and program coordinator for New Horizons Shelter and Outreach Centers at 608-791-2610 ext. 1306.