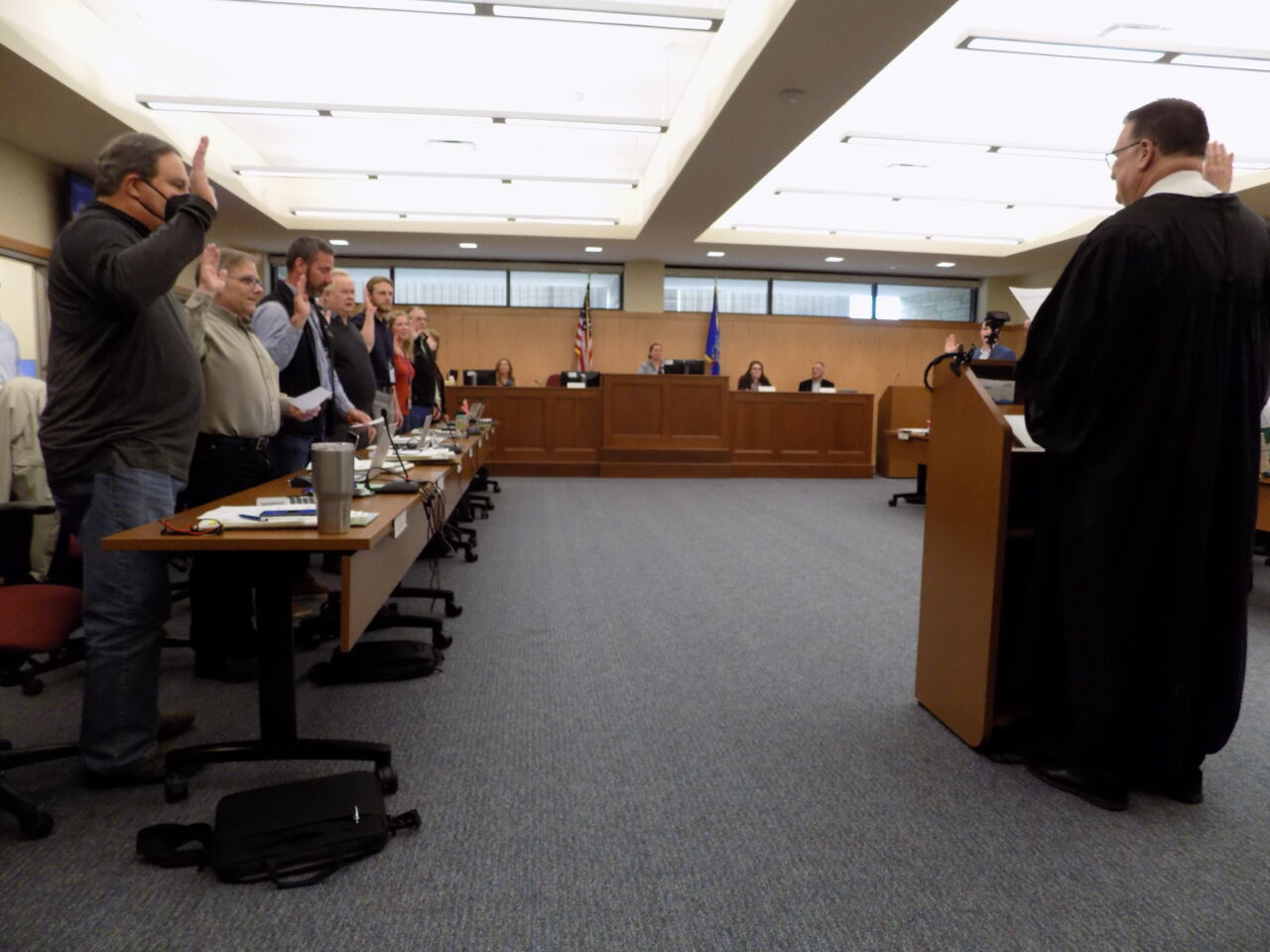 La Crosse County Board supervisors are sworn in to two-year terms at a meeting Tuesday, April 18, 2022 (PHOTO: Brad Williams)

With seven new members, and one more seat than they had at the last meeting, the La Crosse County Board has started a new two-year term following the April election.

Judge Scott Horne administered the oath of office, after giving supervisors some advice.

“You are devising local solutions to local problems,” Horne said. “(Voters) can be confident that this is a level of government where they can have faith in the integrity of the people they elect, where civility and respect for one another does not disappear when people come through the doors.”

Monica Kruse was elected to a second term as board chair, facing a challenge from Kevin Hoyer. Kim Cable and Randy Erickson were elected vice chairs for the term.

“I want to remind you that just as there is no room for partisanship on this board, there’s also no room for parochialism and factionalism,” Kruse said after the board vote. “We’re all in this together.”

Kruse called the spring campaign season “bruising,” with some local Republicans suggesting that Democrats dominate much of the county government. County board races are non-partisan.

Hoyer said the last two years during the pandemic have been “challenging,” but he thinks county government has been able to change and evolve in that time.

“We have many challenges ahead of us, some that are well known, such as crumbling roads and bridges, weak rural broadband services, PFAS contaminations on French Island, the ever-present homeless challenge, along with making sure that our health and safety is kept in mind,” Hoyer said.