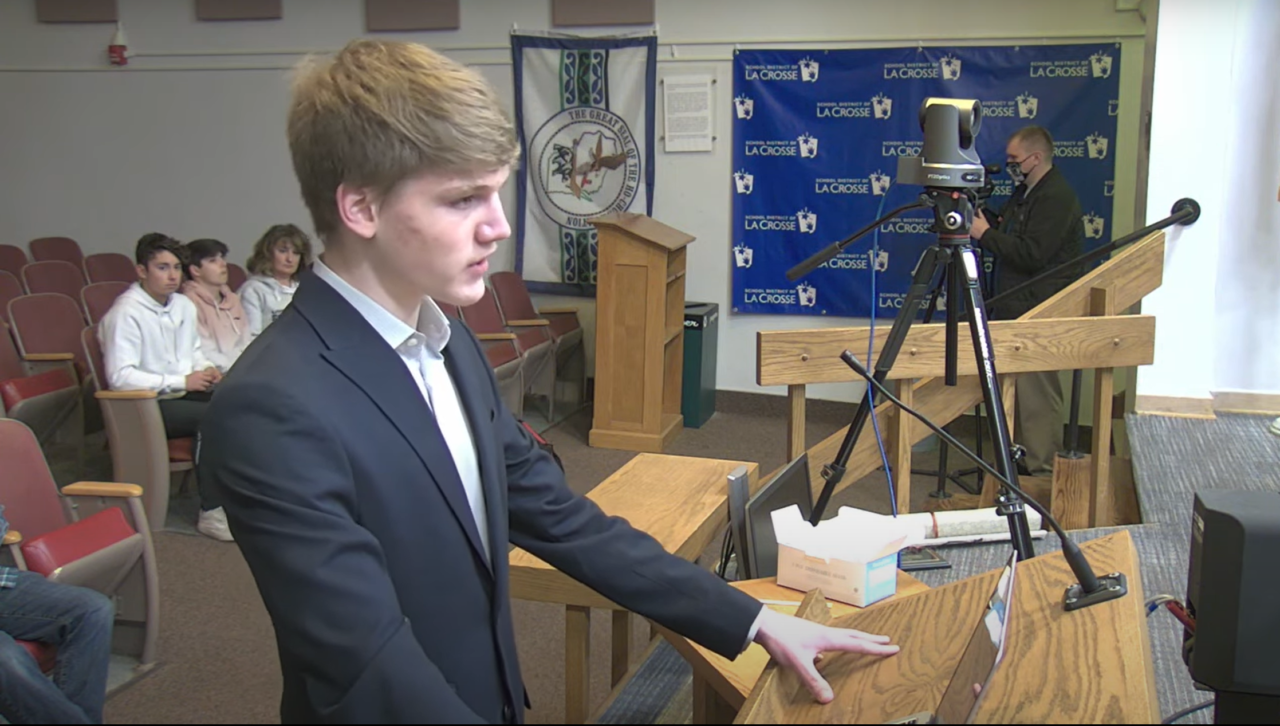 Local high school students addressed the La Crosse School Board on Monday night to voice their opposition on removing the School Resource Officer (SRO) program from the district.

They presented a petition on the matter, with over 300 signatures, to the board, as well.

In 2020 the school board voted to gradually reduce the number of SROs placed in schools, from five in the 2019-20 school year, down to two for 2022-23. This decision was made after an extensive investigation into the harms and benefits the SRO program provides.

The findings showed that there are key markers of the school-to-prison pipeline that are present in the La Crosse School District. There was also evidence that minority students are negatively impacted by SROs with 27% of black students saying they feel unsafe having an officer at the school compared to only 6% of white students.

Given the recent threats to local high schools, however, some students are arguing that SROs are key in keeping students safe.

“We believe that if the SROs are taken away, the amount of violence in our schools will rise greatly and the amount of threats may return,” Kaden Young, a high school student in the district, told board members, “which is why we ask that the board reinstates the SROs.”

Students also discussed frequent instances of vandalism and bullying, and explained that having an officer at the school reduced these instances.

“As schools got rid of their SROs, bullying increased, and at Central (High School) there is a clear rise,” explained Adam Monka, another student. “It has come to the point where students have to advocate for themselves.”

After the Central bomb threat this past January, students in the district circulated a petition to reinstate the SROs. The petition received over 300 signatures from students, teachers and parents, that was presented to the board on Monday.

‘“As one of the students, who was there on that day, I can say that the emotions, the concern, the fear, that was felt that day was enormous.” Young explained.  “We started the petition to show that we wanted a safe school to come to without fear of violence or when we could be attacked.”