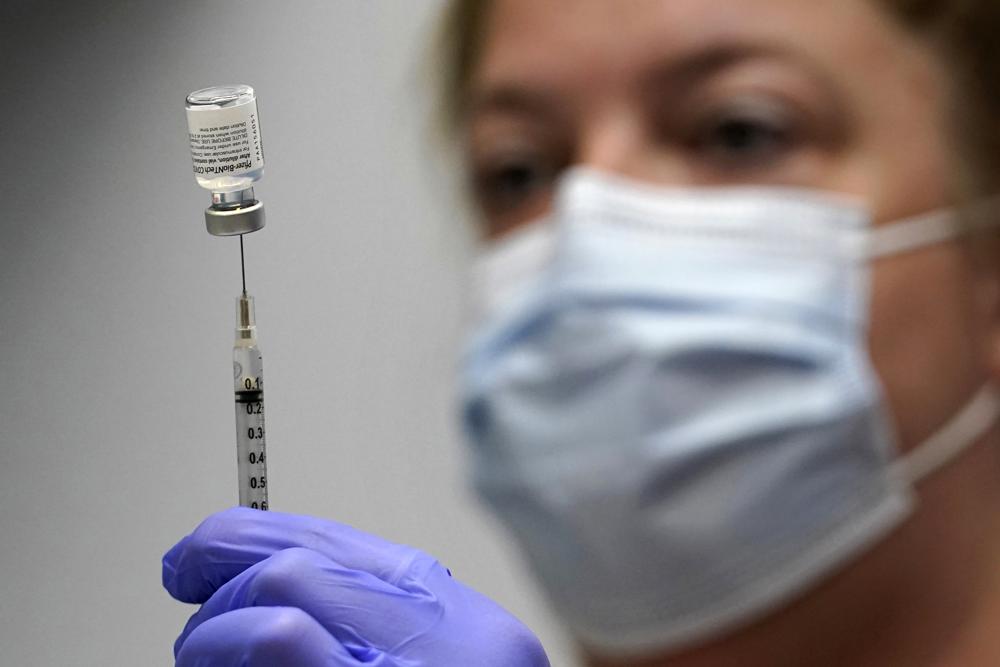 Many in the U.S. now can get a second COVID-19 booster, but it’s hard to tell who really needs another shot right now and who could wait.

The Food and Drug Administration authorized extra Pfizer or Moderna shots for anyone 50 or older and for some younger people with severely weakened immune systems. It’s an effort to get ahead of a possible next coronavirus surge.

With COVID-19 cases low in the U.S., it’s easy to ignore calls for another dose — or for those who aren’t yet vaccinated or boosted to get up to date, said Dr. Erica Johnson, an infectious disease specialist at the American Board of Internal Medicine.

Her advice: If you’re on the fence, use this lull to talk with your doctor about how protected you really are — and need to be.

WHO IS ELIGIBLE FOR A SECOND BOOSTER?

Anyone 50 and older can get the extra dose at least four months after their last vaccination. So can severely immune-compromised patients, such as organ transplant recipients, as young as 12.

Adults can choose either the Pfizer or the Moderna vaccine for their extra shot, but Pfizer is the only option for children.

WHAT ABOUT PEOPLE WHO GOT JOHNSON & JOHNSON?

Adults who received J&J’s single-dose vaccine already were eligible for a booster of any kind — and the Centers for Disease Control and Prevention recommends only some of them get another.

But if they already had one of those other boosters, the CDC says only those who meet the newest criteria — age or weak immune system — qualify for another.

WHAT PROMPTED THE MOVE?

Vaccines still offer strong protection against severe illness and death, but effectiveness against milder infections wanes months later. The shots also don’t work as well against new variants like the super-contagious omicron mutant as they did earlier in the pandemic.

That’s why everyone 12 and older, regardless of their health, already was urged to get a first booster for the best chance at fending off omicron. Only about half of those eligible have.

With an omicron sibling causing spikes in infections in other countries, officials are nervous the U.S. is next, prompting efforts to offer extra protection to the most vulnerable.

WHAT’S THE EVIDENCE FOR ANOTHER BOOSTER?

During the U.S. omicron wave, two Pfizer or Moderna doses plus a booster were 94% effective against death or needing a ventilator, according to a recent CDC study. That protection was lowest — 74% — in immune-compromised people, although most hadn’t gotten the already recommended third dose.

Israel began offering people 60 and older a second booster during its omicron surge. Preliminary findings posted online last week show there were fewer deaths among people who chose another booster compared to those who skipped the fourth dose.

The FDA decided to set the age limit at 50 instead of 60 because that’s when chronic illnesses like heart disease or diabetes become more common, leaving people more vulnerable to serious COVID-19.

WHO REALLY NEEDS A SECOND BOOSTER?

The CDC says an extra shot is an option — but those most likely to benefit are those most vulnerable to severe disease, including people 65 and older and 50-somethings who have multiple health problems.

WHEN SHOULD I GET IT?

Again, experts have differing opinions, partly because it’s not clear how long any extra benefit lasts.

“We can never really perfectly time when the next wave is, or when someone might encounter infection,” said Johnson, who sees patients at Johns Hopkins Bayview Medical Center in Baltimore. “To be as ready as possible, I think everyone just needs to stay as up to date as possible with their vaccines.”

Another dose now may make sense for older people and the immune-compromised, but “there’s less urgency in an otherwise healthy person,” said University of Pennsylvania immunologist E. John Wherry.

At 50, Wherry said he’s healthy enough to watch if cases rise enough to prompt another booster, but he’d prefer to wait until fall. That’s because going longer between vaccinations allows the immune response to better mature and strengthen.