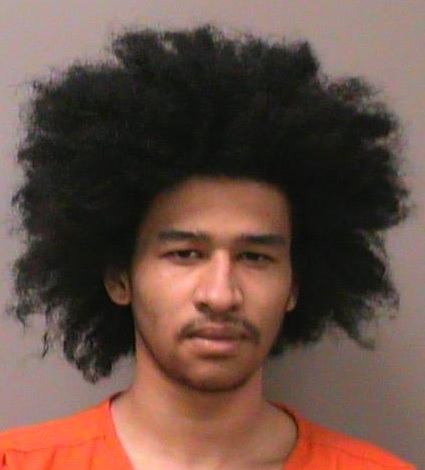 The armed man accused of firing a gun into the air at multiple locations throughout La Crosse early Saturday faces up to 10 years in prison, if he’s convicted of discharging a weapon near Viterbo.

Deantre Bell was charged Tuesday with five crimes, including discharging a firearm in a school zone. His bond was set at $5,000 cash in La Crosse County Circuit Court.

The 21-year-old was identified from surveillance video footage from early Saturday morning showing him pointing a handgun into the air at various locations throughout La Crosse, including around Mayo Clinic Health System and Viterbo University.

Police ended up finding 13 shell casings, including around Lincoln Middle School, all from a 9mm Luger.

Bell wasn’t hard to recognize from the video footage. Police arrested him after midnight Sunday wearing the same clothes. He also had gun on him — a 9mm Luger. Bell did try to run, but police were able to take him into custody.

Multiple calls of gunshots came in to police around 2:45 a.m. Saturday in the areas of Fifth and Seventh streets and Market and Cass streets. An officer on patrol heard them, as well, police said.